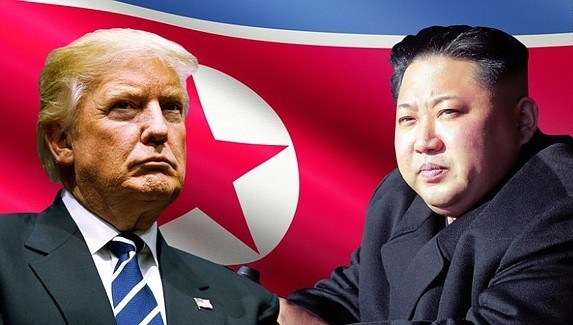 President of the United States of America Donald Trump has warned North Korean leader Kim Jong-Un to denuclearise now or be overthrown from power.

Trump who was making efforts to put his planned landmark summit with Kim back on track also warned the North Korean leader that he could suffer same fate as Libya’s Muammar Gaddafi over nuclear weapons.

Trump while speaking with reporters in Washington on Thursday said that North Korea “will get protections that will be very strong” if the meeting were to go ahead successfully.

The fate suffered by Libya shows “what will take place if we don’t make a deal”, the US president warned.

Reports emanating from North Korea has cast doubt on whether next month’s summit between Kim and Trump would go ahead as planned.

According to North Korea’s official Korean Central News Agency (KCNA), Pyongyang is considering a suspension of the summit because of US-South Korean military exercises, which it said threatened warming ties on the divided peninsula.