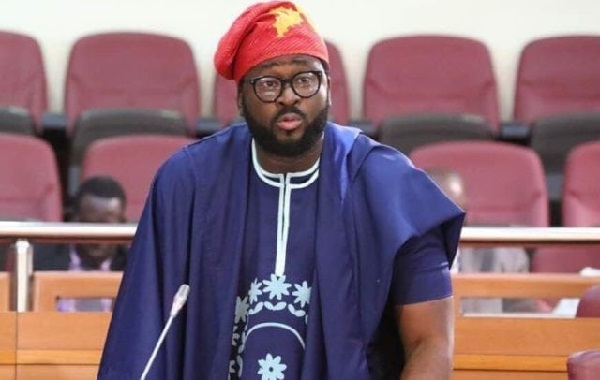 Twitter users have lashed out at popular actor turned politician, Desmond Elliot, for commissioning a toilet in his constituency in Surulere, Lagos on Thursday.

The actor who is a member of the Lagos state house of assembly was questioned and blatantly accused by angry followers who hinted that he offered too little by constructing toilets for his constituents.

During the commissioning of the project, Elliot said:

“This isn’t just a building neither is it just a toilet but one that converts waste to manure so nothing is wasted as we keep the environment clean. Sincere thanks and gratitude goes to Ladi Lawanson, the commissioner for transportation for making the bio-fuel toilet a reality. Thanks to the Australian Government for sponsoring the project.”

One of his followers, Offor Cyril tweeted:

‘’We wanted ‘Not too Young to Run bill’ signed. We wanted more youths in governance. APC gave us Yahaya Bello and Desmond Elliot, the toilet commissioner.

“We have the power to throw the APC and Desmond Elliot into that toilet with our PVCs. Vote wisely.”

“People like Desmond Elliot is the big part of the reason we doubt these new generational not too young to run politicians. They are mostly younger versions of the old ones. The man is smiling and commissioning toilets. Tufia!”

Some of his followers expressed that Elliot’s action proved that youths may not essentially accomplish better than the older politicians when voted into office.

“Desmond Elliot didn’t build the toilet. It was donated to his constituency by an organisation. Read the notice on the wall for more clarifications. We are quick to spread bad news. The good ones will never go viral. Negative energy everywhere.”

Nevertheless, some of Desmond’s devotees came out to his defence, clarifying that he did not build the toilet but rather commissioned it.