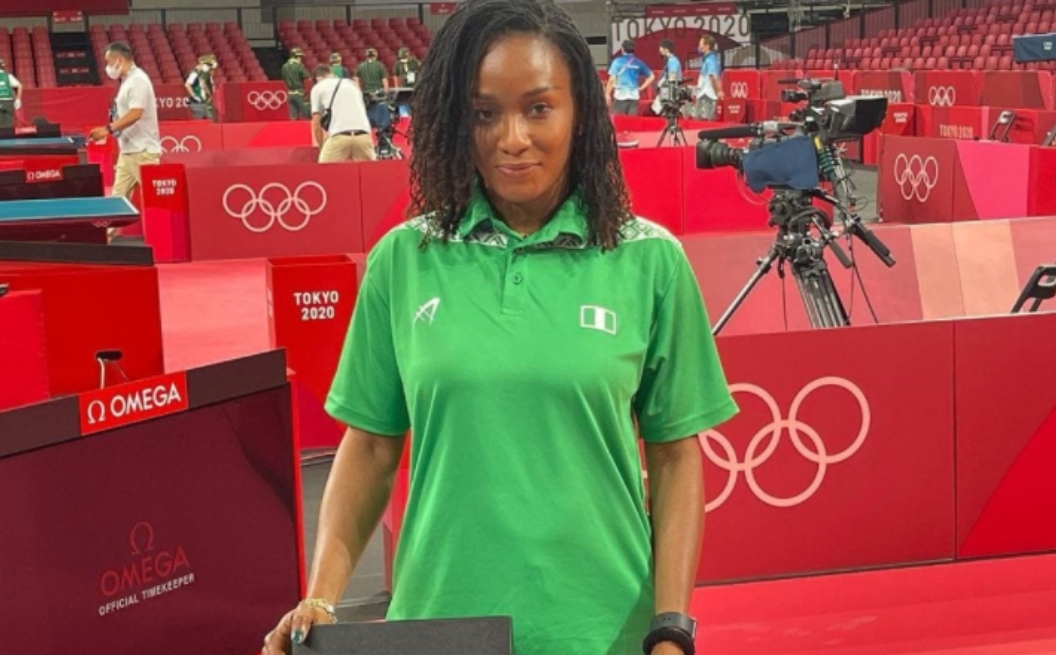 After making history as the first woman in Africa to participate in seven Olympic Games, Nigeria’s Funke Oshonaike says she hopes the feat gladens the hearts of Nigerians.

Oshonaike, 45, was on Monday inducted into the ‘Club 7’ by the International Table Tennis Federation (ITTF) at a brief ceremony at the ongoing Tokyo Olympics in Japan.

The induction followed after Oshonaike had lost her opening fixture in the table tennis women’s singles event at the Games, falling to Liu Juan of the United States.

But an excited Oshonaike hoped the ‘Club 7’ honour would give hope to young Nigerians that dreams can come through, and also brighten the hearts of Nigerians who are sternly hoping for a medal at the Games.

“I hope this award for me and my country, as the only female in the seventh club in the world, and the only woman in Africa to have achieved the dream of representing her country at the Olympics seven times, will brighten the hearts of Nigerians especially for young girls that dreams can come through regardless of the challenges in life,” said Oshonaike.

She added: “Though I might not have won gold, silver or bronze, I have won what no woman in the world of table tennis has ever won. Thank God for the award – the 7 Club award. I’m a proud Nigerian and I hope more women will join me.”