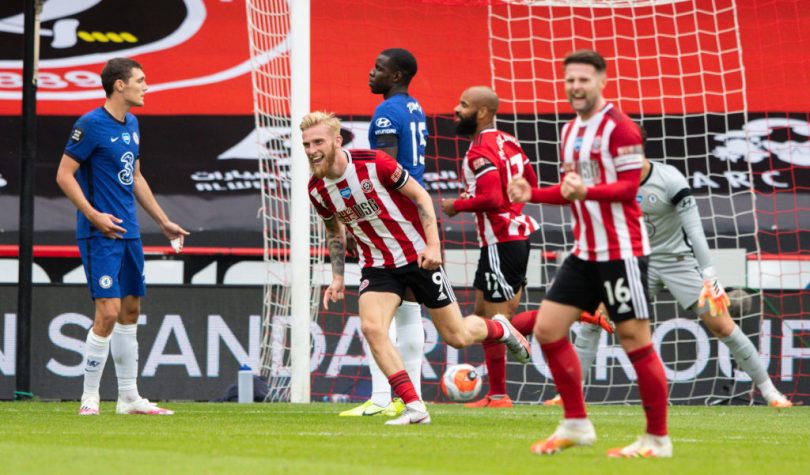 Despite their over 75% ball possession overall, Chelsea were stunned by their hosts Sheffield United as they fell 3-0 in the Premier League on Saturday.

The Blues, third on the table with three matches left, fired 15 shots in total but were frustrated by a determined opponents at Bramall Lane.

Should Leicester City and Manchester United win their game-in-hand on Sunday, Saturday’s defeat would have sunk Chelsea to fifth on the table.

Victory was Sheffield United’s 10th home win of the season and they are a good bet to secure European football for the first time in their 130-year history.

Read Also: Moses to remain at Inter after agreement with Chelsea to extend loan deal

The hosts went ahead in the 18th minute with David McGoldrick’s first Premier League goal.

McGoldrick completed the rout midway through the second half when he capitalised on a dreadful defensive mix-up to make it 3-0 for Chris Wilder’s side.

With the win, Sheffield climb into the top six.