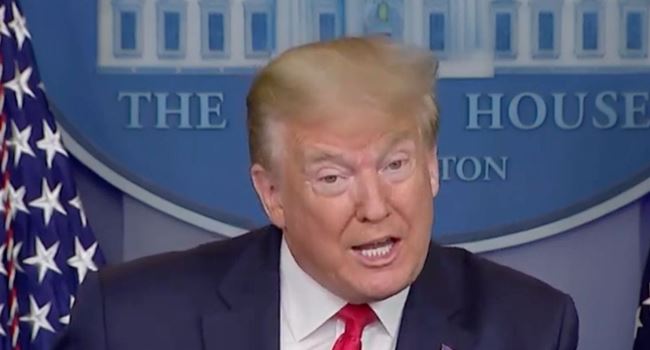 The President of the United States of America, Donald Trump has hinted that his government will close more Chinese consulates in its domain despite growing tensions between Beijing and Washington.

Trump, at a White House news conference on Wednesday, indicated that it was “always possible” he would order the closure of more Chinese consulates in the United States, after giving Beijing 72 hours to shut its consulate in Houston, Texas.

According to him, a fire had been spotted on the Houston consulate’s grounds after the US Department of State ordered the closure.

“I guess they were burning documents and burning papers,” he said.

China has condemned the closure as “an unprecedented escalation” that would sabotage relations between the two countries.

This came a day after authorities in China condemned an order by the United States of America to close its consulate located in the city of Houston; a move Beijing called “an unprecedented escalation” that will sabotage relations between the two countries.

Morgan Ortagus, spokeswoman for the US Department of State, in a statement on Wednesday said Washington directed the consulate’s closure “in order to protect American intellectual property and Americans’ private information”.

Ortagus however did not elaborate further on the decision by the US government led by President Donald Trump to order the closure of the Chinese consulate in the city of Houston.

In Beijing, a spokesman for China’s foreign ministry who described the move as ‘outrageous and unjustified’ said that the US gave the Chinese side a deadline of three days to close the mission in Texas.