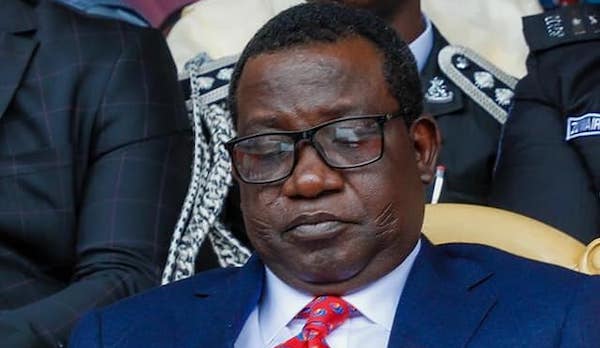 No fewer than five people have been allegedly killed by gunmen after they launched another attack on Bassa Local Government Area of Plateau State.

It was gathered that the incident happened when gunmen attacked Chando-Zrrechi (Tafi-Gana) village in the Bassa LGA of state on Tuesday night.

This is coming after the Inspector-General of Police, Usman Baba announced that he had deployed a special team of police operatives, and a helicopter to the state, to curtail the spare of attacks and killings in that state.

The team deployed by the IGP comprised personnel of Police Tactical Units – the Police Mobile Force (PMF), Counter-Terrorism Unit (CTU), Police Special Forces, amongst others, led by DIG Sanusi N. Lemu, and has the mandate to “protect the communities, prevent further attacks and bring the perpetrators to justice.”

The latest attack and killings was confirmed on Wednesday by the National President of the Irigwe Development Association, Ezekiel Bini, who noted that the whereabouts of four other persons have remained unknown after they were captured by the gunmen.

Bini said, “Yes, the killing of the five persons is true and we are on our way to meet the governor over the continued killings in our communities in Bassa.

“Our people were attacked last night (Tuesday) at Chando-Zrrechi and five people were killed.

“They were in their homes when the gunmen came and killed them despite the curfew imposed by the state government.

“Their corpses have just been deposited at the mortuary. Aside from the five people that were killed last night, four other villagers were also captured on Sunday and since then, we have not seen them.”

Ripples Nigeria had reported that gunmen, last Saturday, launched an attack on a travelling party at the Rukuba Community in the Jos North Local government Area, killing about 22 people and injuring several others.

The victims were said to be returning from Bauchi State where they attended the annual Zikr prayer marking the Islamic New Year when the gunmen struck.

The attack had also attracted the reaction of President Muhammadu Buhari who ordered security agencies to fish out the perpetrators of the gruesome massacre and serve justice to them.

Following the incident, the governor of the state, Simon Lalong on August 15, declared a 24-hour curfew in the Jos North Local Government Area of the state.