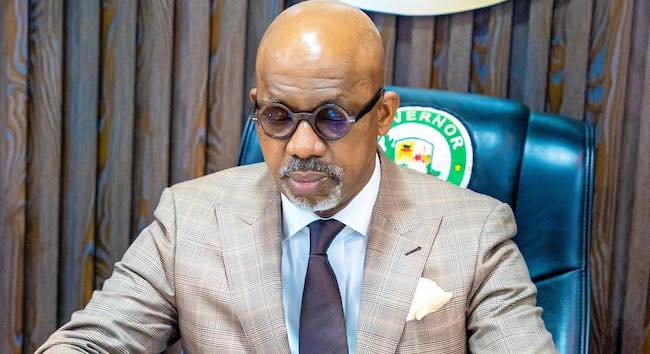 The Ogun State governor, Dapo Abiodun, on Thursday declared his intention to run for a second term in office.

He made the declaration during the presentation of the nomination form to him by the “DA Mandate Group,” in Abeokuta.

The development came a few days after a member of the All Progressives Congress (APC), Ayodele Oludiran, asked the party leadership to disqualify Abiodun from the 2023 governorship race over damning allegations against him.

In a petition dated April 19, 2022, and addressed to the APC National Chairman, Abdullahi Adamu, the petitioner accused the governor of concealing criminal offences he allegedly committed in the United States in 1986.

He also alleged discrepancies in the documents, including the educational qualifications, the governor submitted to the Independent National Electoral Commission (INEC) in 2015 and 2019, adding that his candidacy would portend great danger for the party next year.

But on Thursday, Abodun vowed to forge ahead with his re-election bid and confirmed the deputy governor, Noimot Oyedele, as his running mate for the poll.

He said: “Today, I formally declared my intention to run for a second term in office, and I also announced that I will be running with my deputy, Noimot Salako Oyedele.

“The DA Mandate Group, led by Apagun Biyi Adeleye, had raised funds for the purchase of Expression of Interest and Nomination forms for my second term bid.

“With the support of the good citizens and residents of our dear state, we must sustain the #BuildingOurFuture Together Agenda by doing all that is reasonably within our reach towards ensuring that we provide focused and qualitative governance for everyone.”

Related Topics:Dapo Abiodun
Up Next