Home » Politics » Despite S’Court ruling, Rivers APC says ‘All candidates of APC in Rivers State will be on the ballot’ 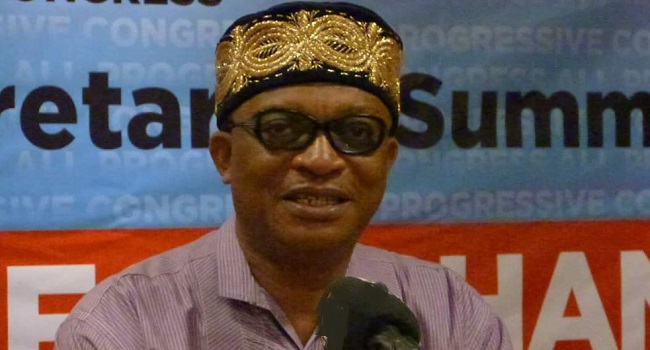 The All Progressives Congress (APC) in Rivers State says the judgement of the Supreme Court will not affect the candidacy of Tonye Cole, its governorship candidate, and other candidates of the party in the state.

In a statement on Friday, Chris Finebone, spokesman of the APC, maintained that all its candidates in the state will be on the ballot and win the elections.

A five-man panel of the Supreme Court led by Mohammad Dattijo had upheld the annulment of primaries and congresses conducted by the faction of the party led by Rotimi Amaechi, Minister of Transportation.

Finebone argued that the party has accepted the decision of the Supreme Court, adding that the apex court only determined the issues of legal representation which had been in contention.

“Whereas the APC is reluctant to join issues with anyone when it concerns matters before the court, however, we believe that the general public deserve to be protected from calculated mischief and misinformation especially those dispensed through the social media and rumours. Therefore, it has become highly necessary to re-state what transpired at the Supreme Court,” the statement read.

“Today, the apex court ruled that, in line with provisions of the Constitution of the APC, the chapter legal adviser at the time the matter commenced, Mr. Chieme Chinweikpe, rightly represented the party directly or through legal appointees of his instead of Mr. Lateef Fagbemi, SAN who was seconded by the legal department of national headquarters of APC. This means that the judgment given by Justice Chiwendu Nworgu was a consent judgment following thereto.

“Irrespective of how we feel about the pronouncement, the Rivers State Chapter of APC has to accept that decision having come from the highest court of the land.

“However, we make haste to state that the decision on legal representation was the only matter the Supreme Court made pronouncement on today. We expect the apex court to rule on the all-important issue of jurisdiction of whether the State High Court of Justice Chiwendu Nworgu was right to delve into what we believe was an internal affairs of the APC with regards to primaries.

“We are convinced that no harm has been done to the candidacy of our governorship candidate, Pastor Tonye Cole and the others. We believe that, by the grace of God, we shall triumph and ultimately be on the ballot for the 2019 elections.