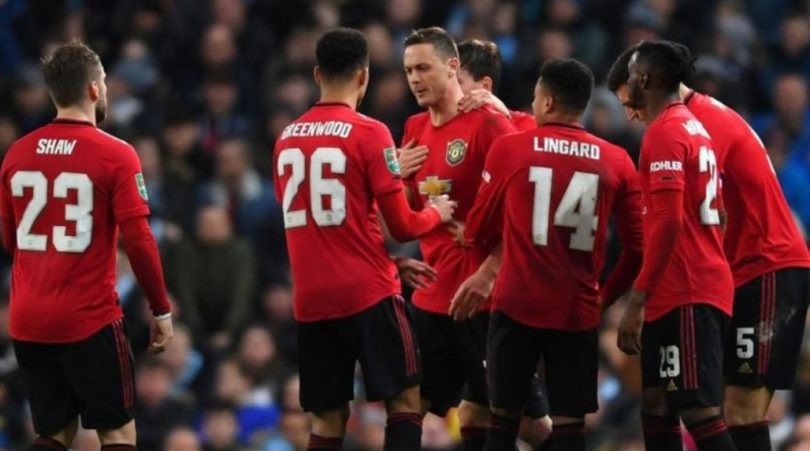 Manchester City battled city rivals Manchester United in the second-leg of their Carabao Cup semifinal clash at the Etihad on Wednesday.

The hosts were beaten 1-0 but still reached the final of the competition having won the first leg 3-1 at Old Trafford.

The Red Devils started what seemed like a possible comeback before half-time when Nemanja Matic put them ahead on the night with their first effort at goal.

They needed another goal to level with City, but were in the 75th minute reduced to 10 men as goalscorer Matic was shown a second yellow card

City thought they had equalised when Raheem Sterling turned in Kevin de Bruyne’s cross, but the flag was already up for offside.

The Pep Guardiola side are into the final for a third successive year and will go for their seventh League Cup triumph when they face Aston Villa in the final at Wembley on 1 March.