Home » Latest » Despite the alarm raised by many, Senate set to pass Buhari’s $29.9 billion loan request 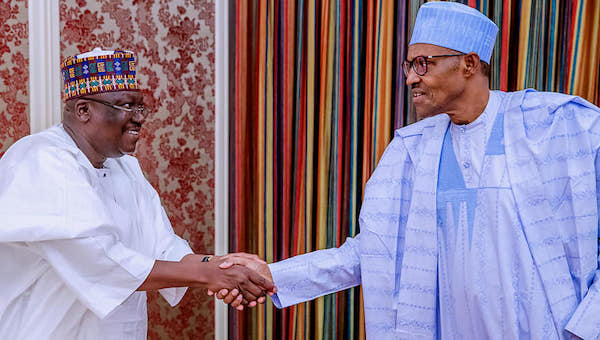 The president had on November 28 approached the Senate with the Federal Government’s 2016-2018 external borrowing plan. Buhari said the loan was “critical to the delivery of the government’s policies and programmes” and asked the lawmakers to approve it.

Lawan revealed that the loan request would be approved while speaking with newsmen in Abuja on Monday.

He stated that the various standing committees would carry out serious oversight functions and ensure that the money was not misappropriated by the various Ministries, Departments and Agencies (MDAs).

“If we don’t have money and you have projects to build them, how will you provide infrastructure that you need?

“But one thing is that, we are going to be critical that every cent that is borrowed is tied to a project.

“These are projects that will have spillover effects on the economy and we will undertake our oversight so well to ensure that such funds are properly, prudently, economically and transparently are applied on those projects.”

President Buhari had sent the loan request initially estimated at $29.96 billion to the 8th Senate in 2016, but did not get the approval of the lawmakers.

The loan request has been greeted by heavy criticism, with a former Kaduna senator, Shehu Sani warning that Nigeria could be walking into debt slavery with the current escalation of borrowing by the Federal Government.