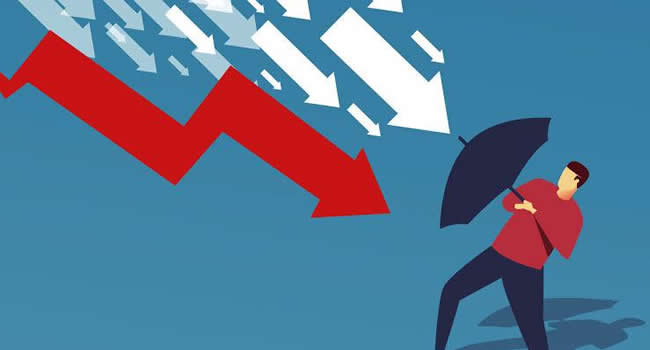 The National Bureau of Statistics (NBS) reported on Sunday that Nigeria’s GDP increased by 0.51 percent in the first quarter of 2021.

This is the second consecutive expansion since the pandemic-induced recession in the second and third quarters of 2020.

However, Ripples Nigeria analysis shows that, while the economy is improving in general, 22 of the 46 sectors surveyed by NBS are still in recession.

According to NBS GDP data, these 22 sectors of the economy have been growing at a negative rate since the beginning of the Covid-19.

Oil refining, a sub-sector of the mining and quarrying sector, led the negative table with a negative growth rate of 57.05 percent in the first quarter of 2021.

Since the second quarter of 2020, road transportation has also remained negative.

Air transport, another subsector of transportation and storage, has remained in recession despite a slight improvement in the previous quarters.

Rail Transport and Pipelines’ -7.30 percent negative growth in the first quarter of 2021 is the fourth highest among still-recessionary sectors.

Another transportation and storage subsector, Rail Transport and Pipelines, continued to improve, albeit with a negative growth rate from 11.99 percent in Q4.

Water transportation and education round out the top six sectors with the most negative growth.

Other sectors are detailed in the table below.

What the figures say

Businesses in sectors with negative growth rates suggest that these sectors require more government attention because they are currently growing at a rate lower than the inflation rate.

These could lead to lower investment in the sector, job losses, and difficulty obtaining commercial bank loans for players in these sectors.

In his reaction to the GDP figures, the Director-General of the Lagos Chamber of Commerce, Madu Yusuf, emphasized these points.

According to him, the government must do a lot to help save the sectors of the economy that have been in recession for nearly a year, particularly the entertainment industry, from total collapse.

GTBank loses N7.30bn in five days – Here’s how it happened