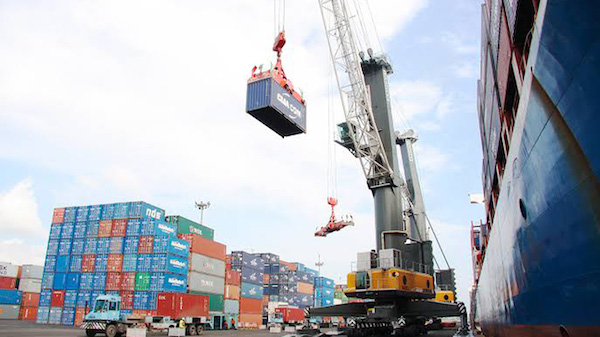 Some Africans have forgotten how to grow their own food. There used to be a time most Africans could not starve in the villages unless you are too lazy to farm. Today, families are selling the same farms that have sustained them for generations to buy plastic toys that can hardly last for five years.

Think of what will happen this time in many African countries, as reported in some communities already, if this Covid-19 lockdown continues without enough food supplies in any Country.
During Ebola Pandemic, some of the people that were quarantined in Liberia and Sierra Leone broke out of the camps looking for food because they were not supplied enough to eat. A hungry man is an angry man.

One of the basic needs of man is food, apart from water, sex and shelter. The lack of each of these can disorient most of us. In East Africa, Governments are selling fertile land in the name of mechanized and industrialized farming to foreigners and relocating owners or turning them into daily paid laborers. What technology is available to foreigners that is not known in local universities?

If food is available but replaced with imports, the absence of that replacement can also destabilize a nation. The same is true about acquired tastes, at least for those with exotic tendencies. Protests and riots have occurred as a result of what others may consider basic needs at the rationing centers or market places.

The fear of Covid-19, a lesson we had many opportunities to learn from must strengthen our resolve to be food growers and producers with sufficient quantity and quality at home and to export. China went from food famine to food export during our lifetime.

We have to be more careful than ever in this trying time. There used to be a popular saying; that anything thrown on the soil in Africa can grow. This is how far we have displaced our local food only to buy and beg for food assistance from foreign lands. Palm oil that used to be grown in many places in West Africa has now been replaced with import from Asia.

Cassava is so widely grown in many African countries today it has become one of the staple foods. Yet, it was introduced into African countries from South America. Since cassava has become very adaptable in most tropical countries, most of us take it as our indigenous food native to our land. Our Corn and Cassava grow very well locally, we have been blessed.

Wheat on the other hand is not so easily adaptable to most African countries. Even where wheat could be grown in Africa, highly genetically modified wheat grown in abundance and resistant to environmental blight are the most prevalent available seed. However, this wheat is only available from certain countries in the hands of highly mechanized farmers supported by big international corporations.

There is no better way for a country that has wheat in abundance than to look for buyers in order to replace their staple food with Bread. Wheat, barley, rye, corn, cassava, millet and rice are grown in different places all over the world. The climate determines their natural habitats. Science has modified each of these to be resistant or adaptable to diseases, environments; increasing or decreasing yields. Each could be turned into bread.

There is a price. Multinational companies sell the genetic modified seed each time farmers want to plant. Indian farmers that used their land as collateral to borrow money from banks to buy seed from international companies lost their land when they could not pay back. It was a suicide mission.

Ordinary toilet paper can disorient a nation that has tropical forest for making paper or toilet paper. But if people are used to certain types of imported toilet paper, lack of supply can result in panic and a lucrative market for smugglers. We saw this in South America or Venezuela. The same is true of preference for ordinary toothpicks and pencils.

If toilet paper can lead to riots in Venezuela even before imported food has become scarce, we must wonder why we cannot flood local markets with ordinary paper, corn and cassava bread, when raw material comes from our land. Therefore, if our daily needs like what we eat and drink are replaced by imports, shortage can create hunger and riots leading to revolution.

Okay, if imported food is the problem, what do we say about Middlemen that raise the price of local food above the price of import. If most of us have a choice between cassava bread and wheat bread, we would “rush” bleached white bread knowing full well it causes diabetes and obesity. We cannot be preaching Buy Africa when we know it is too expensive to fill our bellies. Only a hungry man knows the pinch of an empty belly or death.

Money has never been an adequate replacement for Trade by Batter. Otherwise the amount of foreign currencies exchanged for gold, diamond, uranium, oil etc. could have made Africa the richest continent not the poorest. We can never make enough money to buy our basic needs like food or Daily Bread when the same people dictate what price to sell and buy our raw gold.

Related Topics:AfricansImported Food
Up Next

The war In Yemen is a crime against humanity and Islam