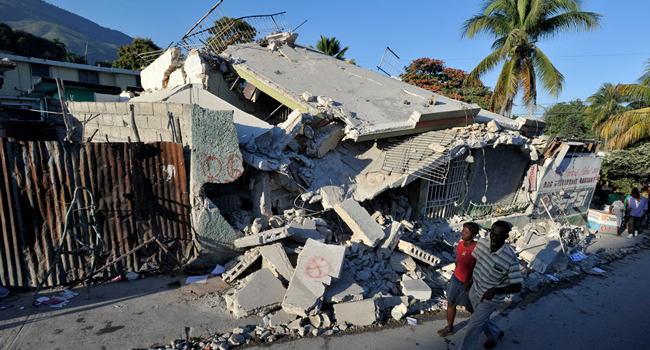 A major 7.2-magnitude earthquake hit off the coast of Haiti on Saturday, with the U.S. Geological Survey predicting a potentially high number of casualties and significant economic losses.

According to the USA Quake Programme, the epicenter of the quake struck about 7.5 miles northeast of the Haitian commune of Saint-Louis-du-Sud.

Tremors were reportedly felt by people gathered in the capital of Port-au-Prince, one of the areas previously devastated by the 7.0-magnitude earthquake that struck Haiti in 2010, resulting in the deaths of more than 200,000 people.

The survey further revealed that due to the severity of Saturday’s earthquake, fatalities could range in the thousands, though no official estimates have been reported yet by authorities or news outlets.

The survey also predicted millions of dollars in potential damage in Haiti, which is already considered the poorest country in the Western hemisphere.

Footage circulated on Twitter in the immediate aftermath of the quake showed local residents gathering to survey the damage, with rubble and dust lining the streets of Haiti and several buildings partially collapsed.

The National Oceanic and Atmospheric Administration (NOAA) had issued a tsunami threat Saturday morning following the earthquake, though this was later removed.

The Associated Press reported that one citizen of Port-au-Prince said she was jolted awake by the quake.

“I later remembered my two kids and my mother were still inside,” she added. “My neighbor went in and told them to get out. We ran to the street.”