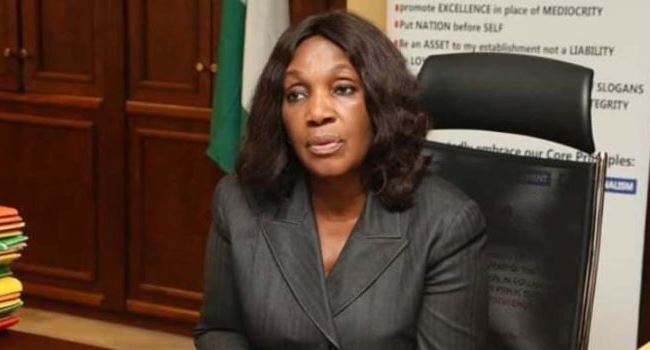 The home of a former Managing Director of the Niger Delta Development Commission (NDDC), Mrs Joy Nunieh, was on Thursday reportedly besieged by armed operatives of the Nigeria Police.

Nunieh who made this known in a phone call to Arise TV said they stormed her house at about 4am and ordered the occupants to open up.

According to her, as at the time of her phone call, the policemen had gained entry into her compound, and were banging on the door of her house.

Mrs. Nunieh who has been having a war of words, including accusations and counter accusations with the Minister of Niger Delta Affairs, Godswill Akpabio, was supposed to appear again at the National Assembly in continuation of the Senate Committee hearing on the alleged mismanagement of resources at the NDDC.

Speaking on her travails, she alleged intimidation and harassment, and vowed not to “chicken out” from testifying at the ongoing investigations.