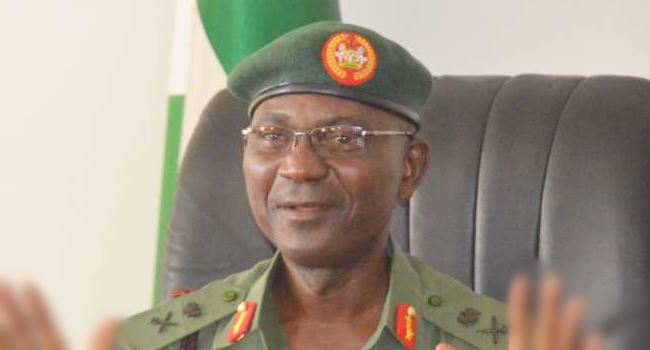 The Defence Headquarters (DHQ) has told Nigerians not to be discouraged by the recent attack by Boko Haram in which 43 rice farmers were massacred.

This submission was made on Thursday by the Coordinator, Defence Media Operations of the DHQ, Maj.-Gen. John Enenche in a statement where he stated that the claim by Boko Haram was made to instigate fear in the minds of the people to discourage them from cooperating with the security agencies.

He said, “Our message here to the general public is that they should not be discouraged and that we are moving forward and with your cooperation, we are going to end this menace,” Enenche added.

He also dismissed the claim held by Boko Haram terrorists that the recent beheading of over 40 rice farmers in Borno State was in retaliation for the arrest of one of their members.

According to the DHQ Coordinator, the military was informed by one of the survivors of the attack that the farmers were called for a meeting with the terrorists on the sad day before they were slaughtered.

The DHQ Coordinator further noted that the attack on the rice farmers was because one of the military killed one of the Boko Haram terrorists and they were cross that the farmers gave information about them.

“The truth is that whenever they are losing ground as a result of the military activities, this is what they resort to.

“It is a fallacy because we killed one of them and that the farmers gave information about them, but the likelihood is wickedness.

“They want to use that to instill fear in the minds of the people because they have seen the governor trying to make sure that people return to their homes,” the DHQ said.

Related Topics:Boko HaramDHQmassacre of rice farmers in Borno
Up Next

Court defers trial of Omokore, others in alleged N1.6bn oil fraud till Feb 2021