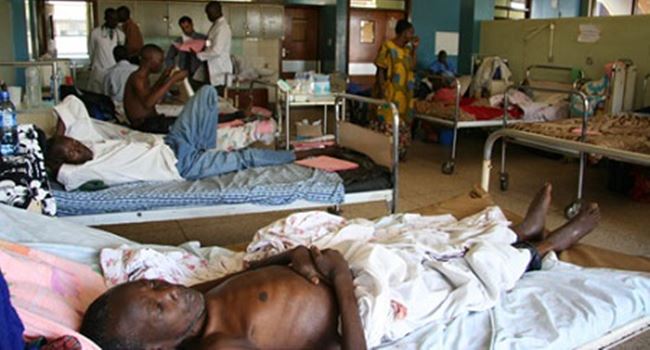 Four people have been confirmed dead with 56 others hospitalised following an outbreak of diarrhea as a result of water contamination in Helele community in Sokoto North local government area of Sokoto State.

The Commissioner for Health in the state, Dr. Ali Inname, who confirmed the outbreak of the disease on Thursday, said those affected drank the contaminated water in the affected area.

Inname, however, said that the state government has taken steps to contain the spread of the disease to other parts of the state, adding that the survivors have been placed on treatment at Helele and Kofar Rini Primary Healthcare Centres as well as the Sokoto Specialist Hospital.

He blamed the water contamination on illegal connection of water pipes and poor sewage system in Helele community, while advising members of the community to desist from indiscriminate dumping of refuse and ensuring good hygiene.

Inname also stated that the government would, henceforth, punish defaulters in order to restore sanity to the affected area as investigation was still ongoing to unravel the source of the water contamination.

“Residents have been warned against indiscriminate dumping of refuse as offenders will be prosecuted,” he said.

“Governor Aminu Tambuwal has expressed sadness over the incident and condoled with the families and relations of those who lost their lives to the disease. He has also constituted a committee of experts headed by myself and the Commissioner of Environment to investigate the source of the disease and find its cure and prevention.

“He has also taken responsibility for the treatment of the victims and wished them quick recovery and safe return to their families and loved ones. He urged residents of the affected area to remain calm and to ensure good sanitation and hygiene in order to prevent the disease from spreading.”

What Buhari must do to ensure new service chiefs end insurgency, kidnapping, others –Sen Ndume