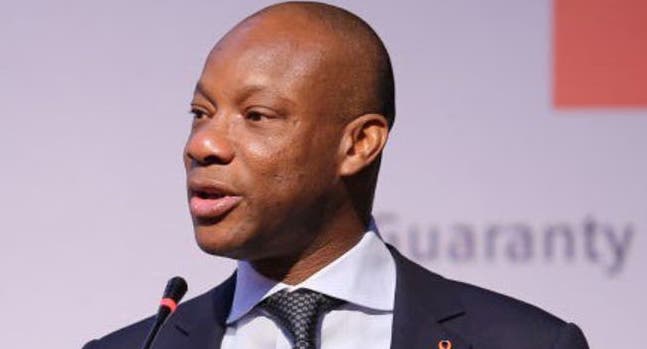 Following a transformation of Guaranty Trust Bank business structure at the start of H2 2021, Segun Agbaje became the Group Chief Executive Officer of Guaranty Trust Holding Company (GTCO) – but this is against the Central Bank of Nigeria (CBN) law for a bank CEO.

GTCO was established to house the many business portfolio of the financial institution, standing as the parent company for GTBank, innovative product like Habari, and other ventures it diversified into.

Prior to Agbaje’s appointment as GTCO Group CEO, he served as GTBank chief executive for more than 10-years as the bank failed to announce a replacement until July 2021.

This was nine months behind schedule as stated by Agbaje in 2020. There were rumours that he planned to remain at the helm of affairs at GTBank, and this was proved to be true when he was made the GCEO of the new Holding Company, while Miriam Onasanya replaced him as GTBank CEO.

The appointment of Agbaje, however, goes against the Banks and Other Financial Institutions Act (BOFIA) and Laws of the Federation of Nigeria, (LFN), 2004.

Ripples Nigeria understands that a bank CEO has a tenure of 10-years according to the Central Bank of Nigeria (CBN), and upon completion, not allowed to occupy another position in the firm.

CBN stated that the CEO is restricted from taking up appointment from the firm or any of its subsidiaries until three years after the end of his tenure.

“Any person who has served as CEO for the maximum tenure in a bank shall not qualify for appointment in his former bank or subsidiaries in any capacity until after a period of three years after the expiration of his tenure as CEO.” the guideline reads.

This means the appointment of Agbaje as Group CEO immediately after the expiration of his term breaches the financial regulator’s guideline for banks.

Agbaje wasn’t qualified for another appointment at Guaranty Trust until 2023/2024, according to the CBN guideline for bank heads.

Related Topics:CBNGTBankGTCOSegun Agbaje
Up Next