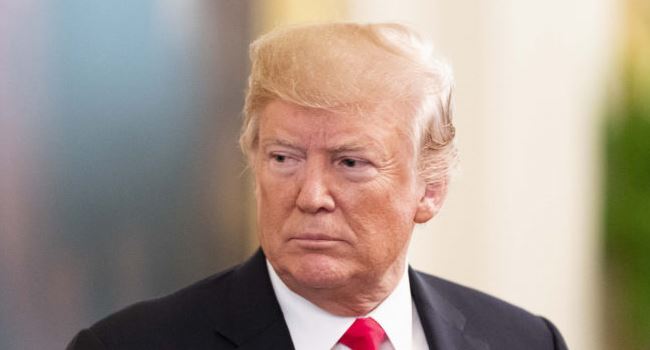 People do not usually willfully kill dogs. When people kill dogs they first give the dog a bad name such as mad dog, dangerous dog, etc. Once the dog has earned the bad name; then a person who killed the dog has done a good service by destroying the “mad dog”. The dog poses a danger to mankind.

The number one citizen of the United States and the Chief Law Enforcement Officer and the Commander-In-Chief, and the President Mr. Donald Trump has frequently identified Mexicans and other South Americans as invaders, as murderers, as terrorists, as prostitutes, as drug smugglers, as rapists and other worse descriptions. He has clamored to build walls to keep them out.

If anybody should know, that would be President Trump. And he has told Americans that their neighbors to the south are dangerous animals.
Given this information, what will a good citizen do?

A good American citizen ought to defend America. A good American citizen ought to protect the motherland. And that is exactly what Patrick Crusius did. He is not a coward, but a very brave man, which explains why he surrendered to the police instead of killing himself. He believed that he should be awarded the Congressional Medal of Honor and a ticker parade organized for him in New York, New York.

And this scribe agrees that he is correct.
Unless you disagree with the president.

But no sensible person should disagree with the president. The president has all the intelligence information gathered by FBI, CIA, and all other security structures that are rated the best in the world. The president has the Home Land Department that knows who comes in and who goes out. When the president speaks he is not emotional. He speaks with the most reliable information. He wants to make America Great. He loves America more than the likes of Alexandria Ocasio-Cortez, Ilhan Omar, Ayanna Pressley and Rashida Tlaib, the members of the SQUAD.

A president’s number one duty is to protect the country. And nobody will deny that the current president is doing his best to do this most important job. He has no animosity against any individual or group of people. He has no racist bone in the 300 bones he was born with. Or in the 206 that he now has. President Trump is the savior of the nation. He is like Louis XIV who said “l’état, c’est moi” I, myself, am the nation.

Let us morn the dead, but we must bear in mind that the dead are nothing but terrorist, rapists, drug smugglers, murderers who mean harm to America. They are not from Sweden, or Norway or Denmark. They are Mexicans and other invaders from shit countries trying to take over what is not theirs. Mr. Patrick Crusius has done America a ton of good and should be honored. America should erect a Statue of Liberty in El Paso Texas in honor of our beloved Patrick.

Actually America should erect one in every community where killers have performed the America ritual of mass killing to make America Great Again.