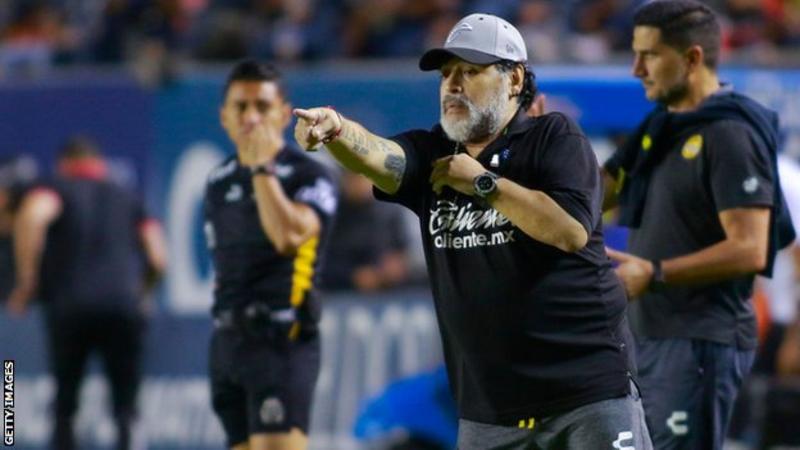 Diego Maradona has landed a coaching job in his homeland as he was Friday named manager of Gimnasia y Esgrima La Plata.

The Argentina legend has been contracted to take charge until the end of the season.

“Finally, now it is official. I’m very happy to be the new coach of Gimnasia,” Maradona’s social media post read.

“I want to thank president Gabriel Pellegrino for this opportunity and I want to tell the fans that I will work with all my soul and heart for El Lobo. A hug and thank you very much!”

Gimnasia have gained one point from their past five matches.

Maradona’s longest tenure as a head coach came in charge of Argentina, as he led his national team from July 2008 through 2010.

He has also led Textil Mandiyu, Racing Club, Al-Wasl, Al-Fujairah SC and Dorados at other times.

Related Topics:argentinaDiego Maradona
Up Next