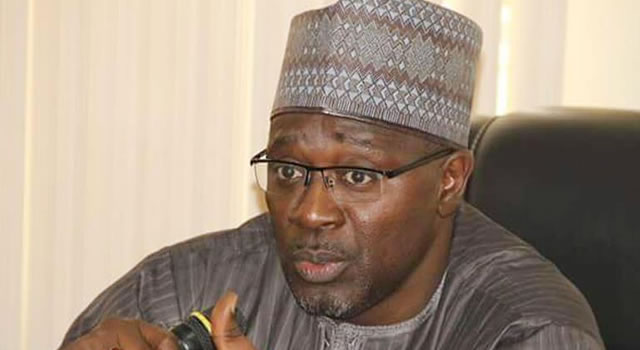 The charges were filed before a Federal High Court in Abuja, following an investigation by the Independent Corrupt Practices and Other Related Offences Commission (ICPC).

According to court documents, 12 charges were preferred against the accused persons by Mr. Henry Emore and Adenekan Shogunle, on behalf of the Attorney-General of the Federation.

The Presidency had in 2016, released N10bn to the Ministry of Information and Culture for the digital switch-over programme which entails migration of telephone lines from analogue to digital platforms and a White Paper was issued directing that the process be specifically handled by government-affiliated companies.

Based on the guidelines provided by the White Paper, two companies were nominated to handle the process, one of which was ITS, an affiliate of the Nigerian Television Authority.

About N1.7bn was released to it as seed grant for the commencement of the switch-over. However, the ICPC through investigation discovered that the process was fraught with alleged corrupt practices.

In the charges filed before the court, the government accused Kawu of “recommending to the Minister of Information to approve payment of the sum of N2.5bn to Pinnacle Communications Ltd, a private company owned by Sir Lucky Omonuwa as a ‘seed grant’ under the Digital Switch-Over programme of the Federal Government when you knew that the company was not entitled to receive such a grant an you thereby committed an offence contrary to Section 26(1)(c) and punishable under Section 19 of the Corrupt Practices and Other Related Offences Act, 2000.”

The government also accused Omonuwa of receiving N2.5bn in the Zenith Bank account of Pinnacle Communications Limited when he ought to know that the sum was the subject of an offence under Section 19 of the Corrupt Practices and Other Related Offences Act, 2000.

Omonuwa was accused of transferring N167m out of the N2.5bn to one Daura Mamman, a bureau de change operator and thereafter taking the dollar equivalent of the sum in cash at his residence in Kaduna in contravention of Section 11(a) of the Money Laundering (Prohibition) Act, 2011 as amended.

Kawu and Pinnacle Communications had, however, denied the allegations levelled against them, describing the ICPC as being ignorant of the entire process of the contract award.