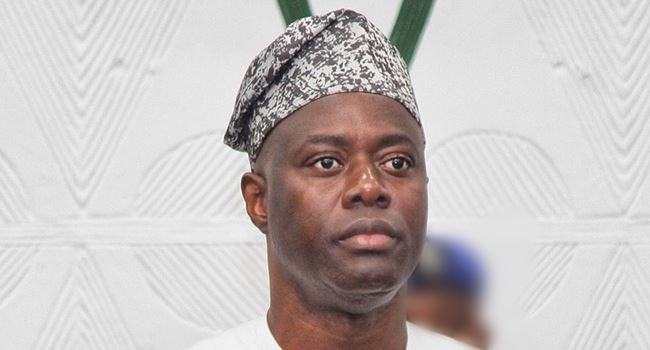 The dismissed local government chairmen in Oyo State under the aegis of the Association of Local Governments of Nigeria (ALGON) have kicked against the state government’s decision to conduct the council polls ahead of the May 7 Supreme Court judgment.

Speaking at a media parley held on Monday at their Ibadan Secretariat, the ALGON members, led by Prince Ayodeji Abass-Aleshinloye, alleged that Governor Seyi Makinde made a surreptitious move of “perfecting ways to buy off the judgment.”

Aleshinloye said the scheduled council election billed for May 15, was a premeditated fraud targeted at forcing the ALGON and other political parties in the state to participate in the poll if the Supreme Court judgment does not favour it.

He said if the group wins in court, it would boycott any election conducted by the government, as its affected members would move straight into office if the judgment favours them.

He maintained that three main reasons could be adduced for Governor Makinde’s jumping the gun, by releasing the election time table and proceeding to implement it before the Supreme Court judgment.

His words: “Governor Makinde may have perfected a way to buy off the judgment as being boasted by his political acolytes. But this may be very difficult for him to achieve because of the integrity of the bench and their precedent judgments on similar cases like ours.

“It may be an organised OYSIEC ‘come and contest’ election scam, an election advance fee fraud where many unsuspecting candidates will be encouraged to invest in an election that may never hold. But like in yahoo yahoo deals, many would have been fleeced of their hard-earned monies.

“He will encourage his handpicked elected chairmen and councillors to go to court and obtain an injunction to challenge returned elected Chairmen based on lapsed tenure in case Supreme Court does not make a declaratory judgment on the continuation of tenure.

“Nobody is going to participate in any kangaroo election. None of my colleagues is going to be part of it. The party (APC) is also not going to be part of it. Our three-year tenure ordinarily expires on May 14, 2021, but it is not impossible that the Supreme Court will elongate our tenure so that we can complete our remaining two years of which we were sacked from office,” he added.

He, therefore, advised political parties and candidates “not to invest in OYSIEC electoral market process which will lead to nowhere if ALGON wins at the Supreme Court on May 7.

However, the PDP in its reaction to ALGON’s allegations, said the group was trying to build upon nothing, noting that the election of May 2018 that brought them into office was illegal.

The Publicity Secretary of the PDP in the state, Alhaji Akeem Olatunji, said, “What the government is doing is in order but it seems that they are ignorant of what the law says. An election is a process on its own. You don’t wait till the end of tenure before you conduct an election. The tenure of the sacked council chairmen would end by May 12 as the court would decide on May 7 and the election would hold on May 15. Where is the illegality there?

“By now they should have started the process of producing candidates. Being that their party is in disarray and they are not popular, they are looking for ways of evading the election.

“Had it been they won at the Supreme Court they would not have proceeded to Supreme Court. The law is on our side. When they were conducting the election that produced them we were telling them that they flouted the constitution. Instead of conducting election into the 33 local government areas recognised by the constitution, they conducted election into 58 councils and LCDA. You can’t build something on nothing.”