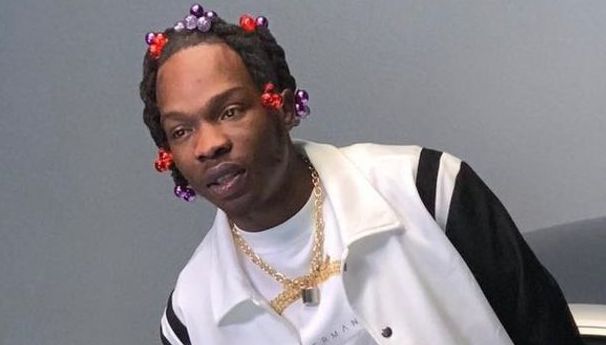 Nigerian recording artiste, Azeez Fashola, aka Naira Marley was left disappointed following the cancellation of his concert in Cameroon.

The concert was scheduled to take place on Sunday in Buea, the capital of the South-West region of Cameroon.

A popular entertainment writer, Joey Akan, disclosed this via his social media platform.

He said a comedian named CY International instigated an anti-Nigerian movement in the East African country and many disgruntled entertainers demanded the ban on Nigerian music.

Akan revealed that the tickets for Naira Marley’s Valentine’s Day concert were sold out before Cameroonian entertainers appealed to their government to ban the event.

According to him, the entertainers also asked the country’s security forces to prevent the concert from taking place in Douala, where it was later moved to by the organizers.

Naira Marley has since returned to Nigeria.

“Yesterday, a Naira Marley concert scheduled to hold in Cameroon, didn’t happen. Special Forces Soldiers flooded the venue, scattered it, and chased everyone away, despite Marley being in the country, and ready to hit the stage. Why? Hate and beef from Cameroonian artistes.

“For months, there has been a growing anti-Nigerian movement, with many disgruntled entertainers calling for a ban on Nigerian music. This movement is led by a struggling comedian named CY International. A promoter named Prince Enobi, organized a special Valentine’s Day concert.

READ ALSO: Naira Marley irritates the hypocrisy in all of us

“Naira Marley was booked, to perform in Buea, the capital of the Southwest region. The heart of Anglophone Cameroon. Expensive tickets were sold out, and the event was set. But the show did not hold. Cameroon entertainers kicked. They went to Yaounde to ask the government to ban it.

“They went to the minister of Arts and Culture to ban the concert. Their excuse; Naira Marley is a bad influence on Cameroonian youth, who smokes Igbeaux, and has a sex tape. The minister cancelled the show in Buea. But the Promoter was adamant. He’s invested heavily.

“Naira Marley didn’t perform, but he’s been paid. He lands in Nigeria today. What this means is that the Cameroonians have declared war on the Nigerian music industry, and have acted on it due to hate and inferiority complex. They blame us for everything. Pan Africanism in the mud.

“In the past five years, Anglophone Cameroon has not seen a major concert due to the crisis. And the first show they were meant to have, they called the same oppressive military to help chase their fellow Africans away and frustrate their local businesses looking to benefit.

“This won’t end well. It’s a slippery slope, leading to a lot of dangerous events for the art, and the industry. If we begin cultural xenophobia, it’s their industry that will bear the brunt. Either they nip this in the bud, or it’ll become a full war with no real winners.”

Related Topics:Naira Marley
Up Next