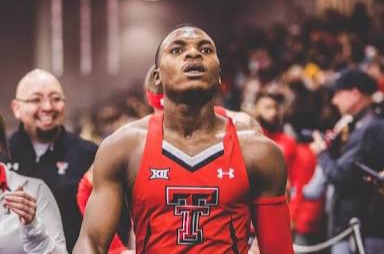 Rave of the moment, Divine Oduduru has confirmed his readiness to take his athletics career to the next next level, by going pro.

The five-time African Junior Champion revealed this via a tweet on social media on Thursday.

"Your beginnings will seem humble, so prosperous will your future be."

Thank you @TexasTechTF, these last few years have been filled with opportunity & memories.

Oduduru, who recently became the second fastest man ever in Africa, is considered one of the greatest athletes in TexasTech history.

He attained his latest feat after putting up an incredible performance at the just-concluded National Collegiate Athletic Association (NCAA) championships, where he easily won the 100 meters in 9.86 seconds.

On the same night, Oduduru also emerged champion of the 200 meters with a time of 19.73 seconds.

The Nigerian athlete was on Wednesday crowned the Co-Men’s Track athlete of the year, before announcing Thursday that he will forgo his senior year with the Red Raiders to go pro.