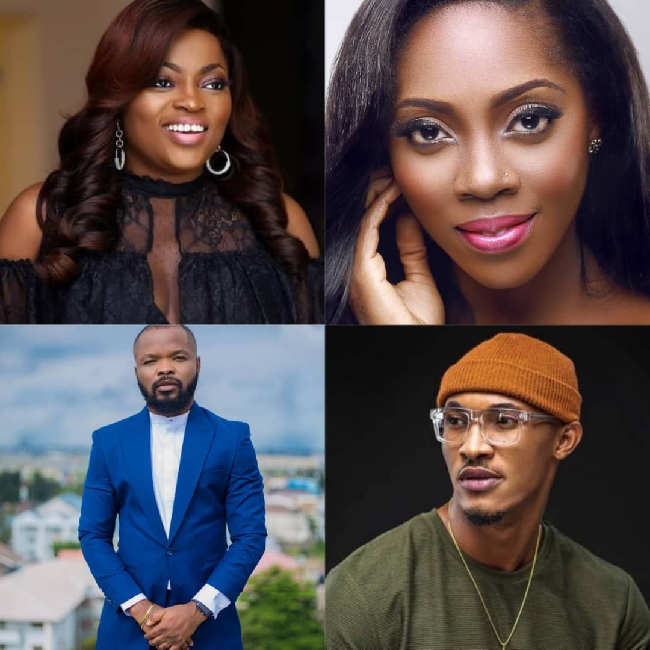 The divorce rate in Nigeria has continued to skyrocket in recent times. This is due to the prominence of feminism ideologies, domestic violence (this includes, emotional and physical abuse) and several other nuances such as hypergamy, emotional detachment, the list goes on.

While there are still countless successful marriages in Nigeria, those who tend to trend and make headlines are predominantly celebrities, socialites and elites whom the populace perceives as their role model, source of happiness, influence and more often than not, path in life.

A person of impressionable age would want to become an artiste just like Wizkid, Burna Boy and Tiwa Savage not because he or she is talented but because they just enjoy their glamorous lifestyle and would equally want to engage or partake in superstardom.

Due to the charmed life of celebrities, people will always sympathize with them disregarding their flaws and discrepancies. In late 2015 amid Tiwa Savage and Teebillz’s marital decline, everyone empathized with Savage without necessarily understanding what happened behind closed doors, you could hate it or love it but the “bigger” celebrity is always right.

With the growing number of influencers and celebrities in the country alongside the advent of social media, couples no longer give themselves the opportunity to be realistic. They dream of a relationship similar to that of Tuface Idibia and Annie Macaulay-Idibia, neglecting the reality of the aforementioned celebrity couple.

Annie has threatened to divorce the legendary musician on numerous occasions, however, she understands the conundrum she signed up for.

This article would aid readers to understand why realism, discipline and stoicism would make them see celebrities for who they are. These set of elites are fortunate to be at the pinnacle of their respective careers, however, their life lacks some quintessential elements in maintaining a healthy and structured family system.

Here are five reasons/issues that lead to celebrity marriages crashing.

1. The Effect Of Cultural Imperialism

Virility should compliment femininity and vice versa, albeit, since most women prefer to consume Western content on how to “boss up” in relationships and men have preferred to “water down” their strength to fit into a woman’s romantic narrative, there has been an identity crisis in marriages and most relationships in moderns times.

Biologically and traditionally, it is the man’s role to take care of the household and the wife’s responsibility to look after the family’s welfare, however, things have since changed drastically. Women now earn the same amount as their partners (If not more), hence, there is a bout for who should be the captain of the ship; there are incessant debates about who should pay for certain bills in the home.

As time goes on, this would cause disagreement in the home and eventually lead to the exhibition of certain heinous attributes. Since we are discussing what often leads to the dissolvement of celebrity marriages, we would have to disclose some examples.

In the case of Tiwa Savage and TeeBillz, it was apparent that the singer-songwriter earned more than her now ex-husband. Equally, she had more fame and power than Billz, hence, there was no way she would be willing to be ‘curbed’ or preserved in the “cubicle of marriage”.

Disregarding the allegations of cheating and domestic violence, Tiwa Savage walked out of the marriage because she could. The adoption of feminism ideology has made several Nigerian female celebrities wince at the idea of marriage.

A recent example would be the case of Nigerian actress, Funke Akindele and her husband, JJC Skillz. While JJC Skillz whose real name is Abdulrasheed Bello was the head honcho of the UK-Nigerian hip-hop group in the late 90s and early 2000s, it is safe to say Akindele who is vying as a deputy governor in the coming 2023 governorship election has more “star power” than he does.

In the early part of October 2022, Bimbo Ogbonna, the wife of a popular car dealer, Ikechukwu Ogbonna who is better known as IVD died due to injuries sustained after she allegedly set herself ablaze. There are allegations that IVD set her ablaze, however, video making the rounds revealed that Bimbo perpetrated it.

While some people are quick to point fingers at men for assaulting their partners, social media has made people understand the quandary of domestic violence better. There is more to every conflict than a mere exchange of blows and shoving one’s partner to the wall.

It is important for people to talk about the altercation between both parties prior to the tossing of objects in the room. While nothing will justify domestic violence, adults have the privilege of using their brains to dissect certain onerous situations.

In 2017, Nigerian actress, Mercy Aigbe and her ex-husband, Lanre Gentry shook social media amid their divorce saga. Gentry had allegedly beaten Aigbe to stupor, it was later revealed that she was indulging in several extramarital affairs and was also emotionally abusive.

The case of another superstar who was emotionally abusive was Tonto Dikeh. She mocked and derided the virility of her then-husband, Olakunle Churchill. She hit him below the belt, there needs to be no mention of some of the things she said at the time.

In 2021, Nigerian media personality, Nedu exposed his wife Uzoamaka Ohiri. He revealed that she did not only physically abuse him, but also cheated on him on several occasions. Additionally, he accused her of paternity fraud, he stated that two of his three children do not belong to him.

Shocking! There are no angels here on earth. The life of a celebrity isn’t necessarily heaven on earth, they go through life-stressing situations too.

Nollywood actress, Chacha Eke did well to take a walk from her union with Austin Faani. She understands the concept of ‘catching her breath’ before things irredeemably nosedive.

To date, the union of legendary Nigerian musician, Tuface Idibia and Nollywood actress, Annie Idibia haven’t experienced absolute peace. When Annie took the marital vow in 2012, she knew she was tying the knot with a surreptitiously ‘polygamous’ man.

Prior to the union with the Nollywood actress, Tuface who already had two children with the aforementioned actress, also had five more children from two other women.

There can never be trust for a partner who is renowned for philandering. Due to the status of some celebrities and their coquetry, they prefer to stay single; distancing themselves from the ‘illusion’ of ‘finding true love’.

In her 2016, On Becoming, Nigerian actress, Toke Makinwa explained that her union with fitness expert, Maje Ayida ended due to his incessant cheating. Her divorce was finalized in 2018.

People do fall out of love and best friends suddenly become strangers. Celebrities are humans too, they go through their phases and have their struggles; it takes strength, commitment and intentionality to continue with a union that is steadily waning.

For context, emotional detachment is an inability or unwillingness to connect with other people on an emotional level. Being emotionally detached helps protect some people from unwanted drama, anxiety, or stress. For others, detachment isn’t always voluntary.

Nigerian actor, Gideon Okeke, formerly of the television series, Tinsel explained that his wife, Chidebere filed for a divorce. Without necessarily stating it, Gideon Okeke could not pinpoint where the union went wrong, he was no longer connected to his partner on an emotional level.

The question must be asked, how do you connect with a detached partner on an emotional level?

5. The Pursuit Of Happiness

In the pursuit of fame, purpose and greatness, sacrifices must be made. Unfortunately, some celebrities have to sacrifice their family; they have to leave their partners behind in the search for a pot of gold.

Most celebrities are on the field building the next project and attending to their fans, meanwhile, their home is falling apart. They miss the opportunity to watch their kids grow up because they are performing overseas; they are acting in the major project that their viewers would watch on Christmas and New Year’s Day.

Gradually, this pursuit would decline into emotional detachment between the artiste and his/her partner; also, it would lead the actor/ess to find it difficult to connect with the kids when they eventually become young adults. You missed the opportunity to give them quality time and attention, they are much older now, and they appreciate the wealth you brought home, however, ‘money does not necessarily buy happiness.

While the superstar is celebrated by the rest of the world, there is an emission of resentment in the atmosphere when the star steps into his or her own home.

In the pursuit of happiness, celebrities must endeavour to carry their family along. In reality, the accumulation of wealth is meaningless without people to share it with, especially family and true friends.