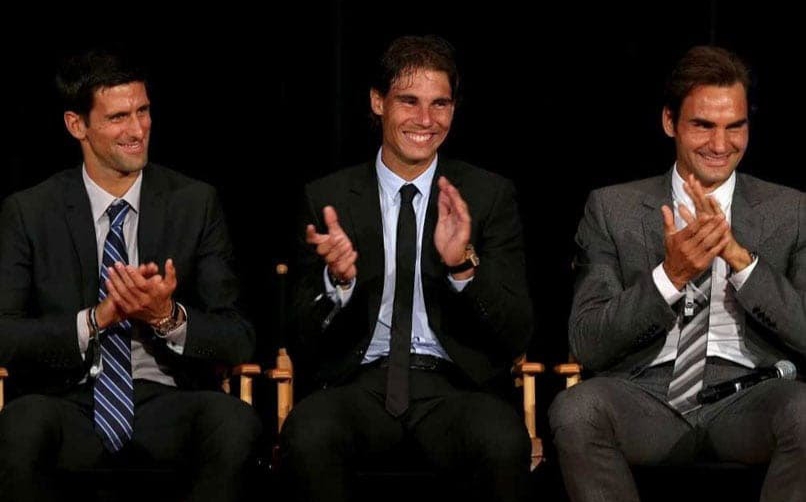 The world number one put up yet another fine performance at Wimbledon final on Sunday to defeat 25-year-old Italian Matteo Berrettini and clinched a sixth title at the All England club.

It was a big victory for the 34-year-old Serb, who now has 20 Grand Slam titles to his name, a record number held by Nadal and Federer prior to Sunday’s final.

Speaking after the triumph, Djokovic said he could not have reached the heights if Federer and Nadal had not been in the picture.

“As a seven-year-old I was constructing a trophy with improvised materials that I could find in my room so to come here and for this, it is amazing,” said the latest champion.

Asked how he feels after equalling the 20 Grand Slams won by Rafael Nadal and Roger Federer, Djokovic responded: “It means none of us three will stop.”

He continued: “I have to make a great tribute to Rafa and Roger, they are legends of our sport and the two most important players I ever faced in my career.

“They are the reason why I am where I am today. They showed me what I needed to do to get stronger, physically, tactically and mentally.

“Over the last 10 years it has been an incredible journey that’s not stopping here.”

Djokovic already won the Australian Open and the French Open. Having won at Wimbledon, he is now close to clinching all four Grand Slams in 2021.

On the potential of winning all the Grand Slams this yead, Djokovic added: “I could definitely envisage that happening and I hope I will give it a shot. I’m in great form and played well and having my best form at Grand Slams is my number one priority.”

Only Germany’s Steffi Graf in 1988 has ever won all four majors and the Olympics in a calendar year.