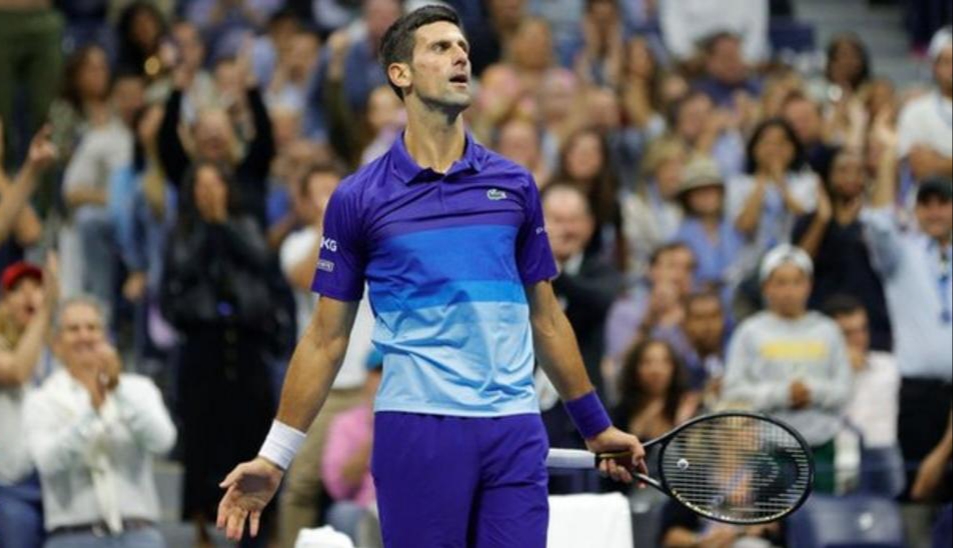 World number one, Novak Djokovic has expressed his readiness to go all in ahead of the 2021 US Open final against Daniil Medvedev.

Djokovic, who is on the verge of creating history, recovered from falling a set behind in the semifinal against Alexander Zverev to win 4-6 6-2 6-4 4-6 6-2.

Russian second seed Medvedev, in the other semifinal, kept alive his hopes of a first major title with a 6-4 7-5 6-2 win over Canadian Felix Auger-Aliassime.

Both players will take on each other in New York on Sunday.

Djokovic, who had won the three Grand Slam titles this year, now has the chance to win all four major titles in one year.

“There is only one match left. All in. Let’s do it,” Djokovic said, when asked about his pursuit of the calendar Grand Slam.

“I will put my heart, my soul, my body, my head into winning it.

“I’m going to treat the next match like it is the last match of my career.”

Victory over Medvedev on Sunday at Flushing Meadows would move Djokovic clear of the 20 majors won by Roger Federer and Rafael Nadal.

History-chasing Djokovic would also become the first man to win all four majors in the same year since Rod Laver in 1969.