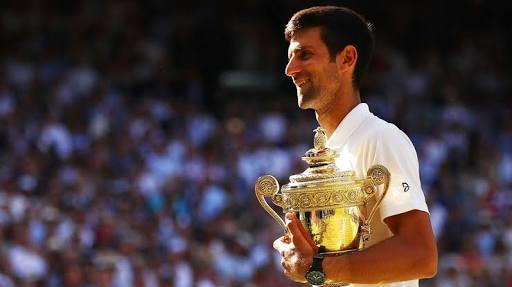 Novak Djokovic is happy to have finally returned to form after he successfully earned his fourth Wimbledon championship by beating Kevin Anderson in the final on Sunday.

The Serb struggled for form and fitness since then, and falling out of the top 20 earlier this year.

But with the victory, the 31-year-old former world number one will move back into the top 10 when the latest rankings are released on Monday.

“There were several moments where I was frustrated and questioning if I’d get back to the desired level,” said Djokovic, who also won the Wimbledon title in 2011, 2014 and 2015.

“But that makes this whole journey even more special for me.

He added: “I did not expect to be back in the top shape already here in Wimbledon so quickly.

“If you asked me after Roland Garros, I would probably maybe doubt that.

“Whenever I come to the tournament and Grand Slam especially, I believe I can have a good opportunity to fight for the trophy.”

Joshua to face Povetkin at Wembley in September