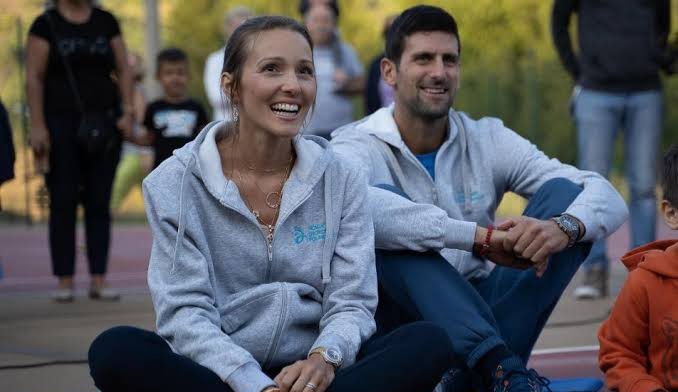 On June 23, the couple announced their test returned positive, having gone for a test following the Adria Tour which saw few other players infected with the virus.

Grigor Dimitrov, Borna Coric and Viktor Troicki were the other players who returned positive tests after playing at the event, which held in Serbia and in Croatia.

“Novak Djokovic and his wife Jelena tested negative for Covid-19, as the most recent test they took in Belgrade showed,” said a statement from Djokovic’smanagement team on Thursday.

The statement added that the couple felt no symptoms of the disease and had spent 10 days in self-isolation, adhering to all Covid-19 protocols and safety measures.

Djokovic was the brain behind the Adria Tour, which he organized to help players get back to match fitness after several weeks without competition due to the coronavirus pandemic.

The 17-time Grand Slam winner was afterward heavily criticised for staging the event following the positive results by players.

He however issued an apology, saying he was extremely sorry for the harm that had been caused.