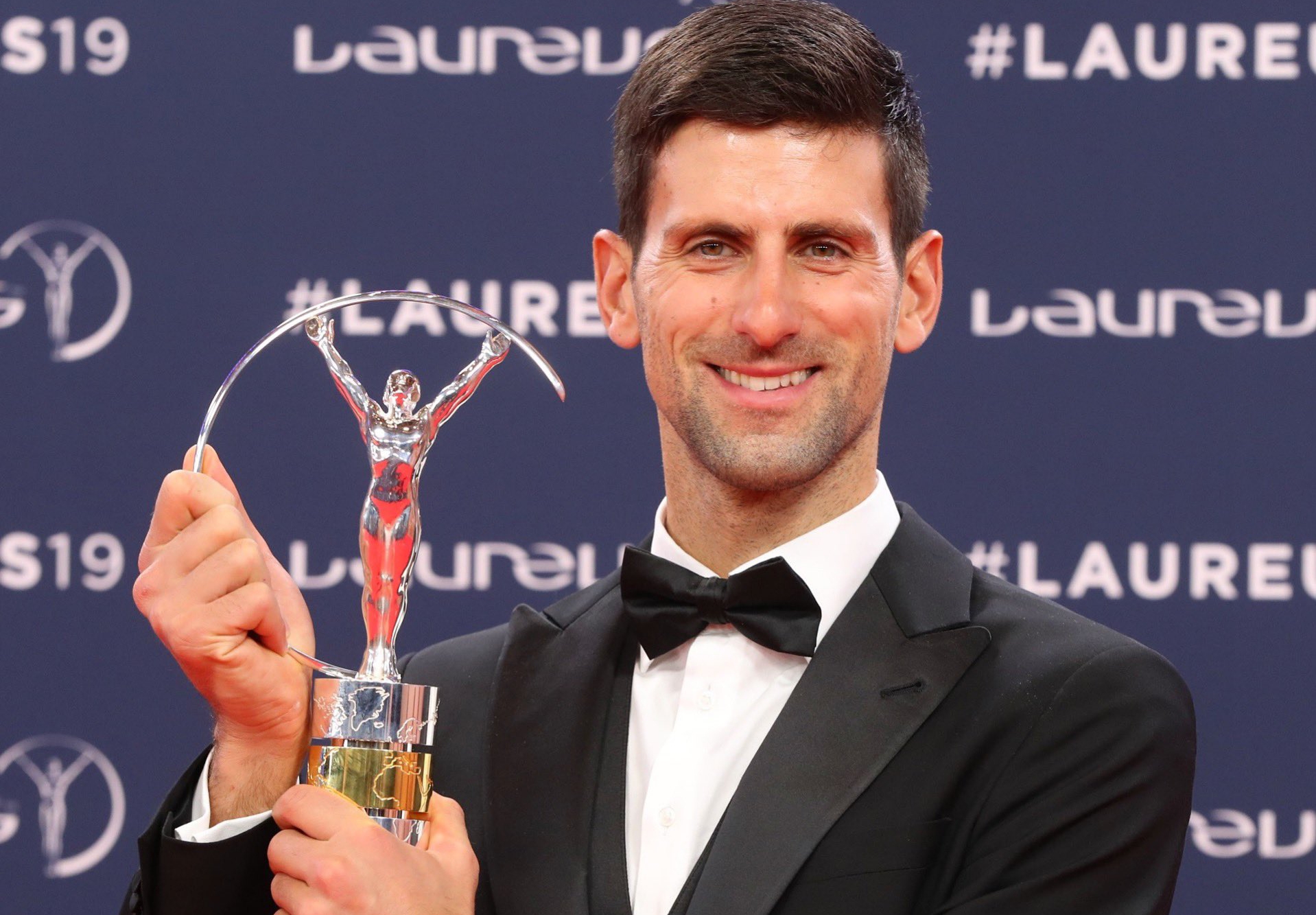 Novak Djokovic was crowned the Sportsman of the Year award at the 2019 Laureus World Sports Awards held in Monaco, France on Monday.

The 31-year-old Serb claimed victory at both the US Open and Wimbledon to record a fantastic 2018.

“Honored to receive the Sportsman of the Year award ? Thank you @LaureusSport for a wonderful evening celebrating our journeys and the power of sport to change the world. #Laureus19,” Djokovic, world number one, tweeted moments after.

Gymnast Simone Biles, who won four gold medals, one silver and one bronze at the 2018 World Championships, was crowned the Sportswoman of the Year.

WTA player and world number one, Naomi Osaka, who lifted her first Grand Slam title at the US Open in 2018, got the Breakthrough of the Year award.

Kenyan athlete Eliud Kipchoge took the Exceptional Achievement Award after taking 78 seconds off the world marathon record with his victory in Berlin.

Slovakian skier Henrieta Farkasova and guide Natalia Subrtova won the Sportsperson of the Year with a Disability award after winning four gold medals at the 2018 Winter Paralympics.

American snowboarder Chloe Kim was given the Action Sportsperson of the Year Award.