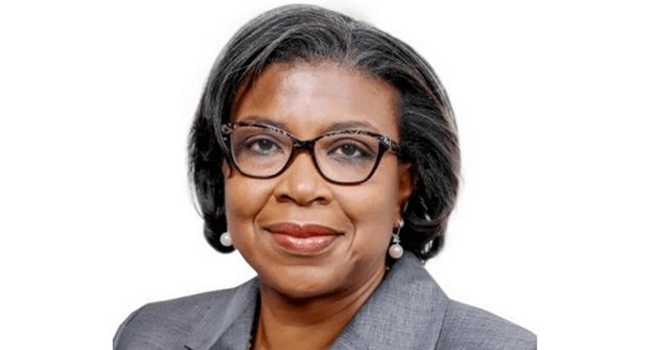 The Debt Management Office (DMO) has said it is concerned about the Federal Government’s debt service-to-revenue ratio.

The federal government’s projected deficit for the 2023 budget stands at N11.30 trillion, 54 percent higher than the previous budget’s estimated deficit.

Patience Oniha, director general of DMO, adduced the reasons for the high debt profile when she appeared before the House of Representatives Committee on Finance for interaction on Medium Term Expenditure Framework and Fiscal Strategy Paper (MTEF/FSP) 2023-2025 on Thursday.

Oniha disclosed that Nigeria’s indebtedness reached N41.6 trillion as at March this year, saying the country has been running on budget deficit for many years which affected its revenue profile.

She said unless the issues of personnel, overhead and capital expenditure were properly addressed in the budget, borrowing would continue.

She said: “As you know, we publish the debt numbers quarterly, which is why there are a lot of discussions around it. But let me just give some numbers. As at December 2020, the debt stock of Nigeria and that includes the federal, state governments and the federal capital territory was N32.92 trillion.

“Speaking specifically to the question, it is a genuine concern that Nigerians ask and you as the stakeholders in Nigeria with responsibility for borrowing ask. Debt has grown and that has come really from the annual budget. There are three levels where those borrowings have increased. We have been running a deficit budget for many, many years.

“So, each time you approve a budget with a deficit, by the time we raise that money – because when you approve, it is giving us a mandate, authority to borrow, it will reflect in the debt stock; so debt stock will increase. Also remember that states are also borrowing. So we add their own. They also have laws governing their borrowings.

“The second leg to that really, as debt stock increases, so does debt service. And so, the clear message is go through the budget; we have been having a deficit budget for many years and have been borrowing significantly.

“The challenge is: we have been borrowing because of shortfalls. So, the other thing to do is let’s look at our expenditure profile: what can we do to reduce it, because you are asking me what is the remedy? It is from the budget. There is revenue, there is expenditure listed in various categories, personnel, overhead and capital. So, those are what bring out the deficit we borrow for. It is those things that should be interrogated in addition to increasing revenue significantly.”

According to Oniha, what DMO has been saying since 2020, when the MTEF for 2021 to 2023 was being prepared, is to begin to look at revenues because as debt is growing, debt service is increasing.