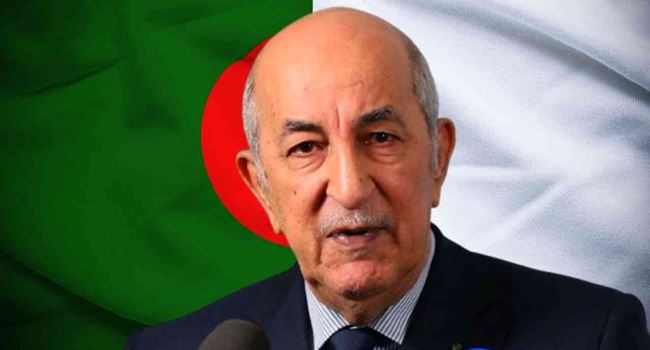 An Algerian medical doctor and activist, Amira Bouraoui, has been sentenced to two years in prison after she was found guilty of insulting the President, Abdelmadjid Tebboune, by a court on Tuesday.

Bouraoui who is one of the most prominent figures of the 2019–2021 Algerian protests, ‘Revolution of Smiles’ or ‘Hirak Movement,’ which began on 16 February, 2019, six days after former President Abdelaziz Bouteflika announced his candidacy for a fifth presidential term, was accused of ‘offending Islam and insulting the president.’

The 45-year-old gynaecologist and mother of two had earlier served a short prison sentence last year but was provisionally released last June.

Bouraoui was accused of insulting Prophet Muhammad, his Hadiths and his companions in her Facebook page, and sentenced by a court in al-Sharaqa, west of the capital Algiers.

A prison rights group, CNLD, said that Bouraoui has not yet been detained while she awaits an appeal against the sentence.

At least 70 people are reported to be currently held in jails in Algeria in connection with the mass protests against the authorities which unseated the former president, Bouteflika, or other cases related to freedom of expression.