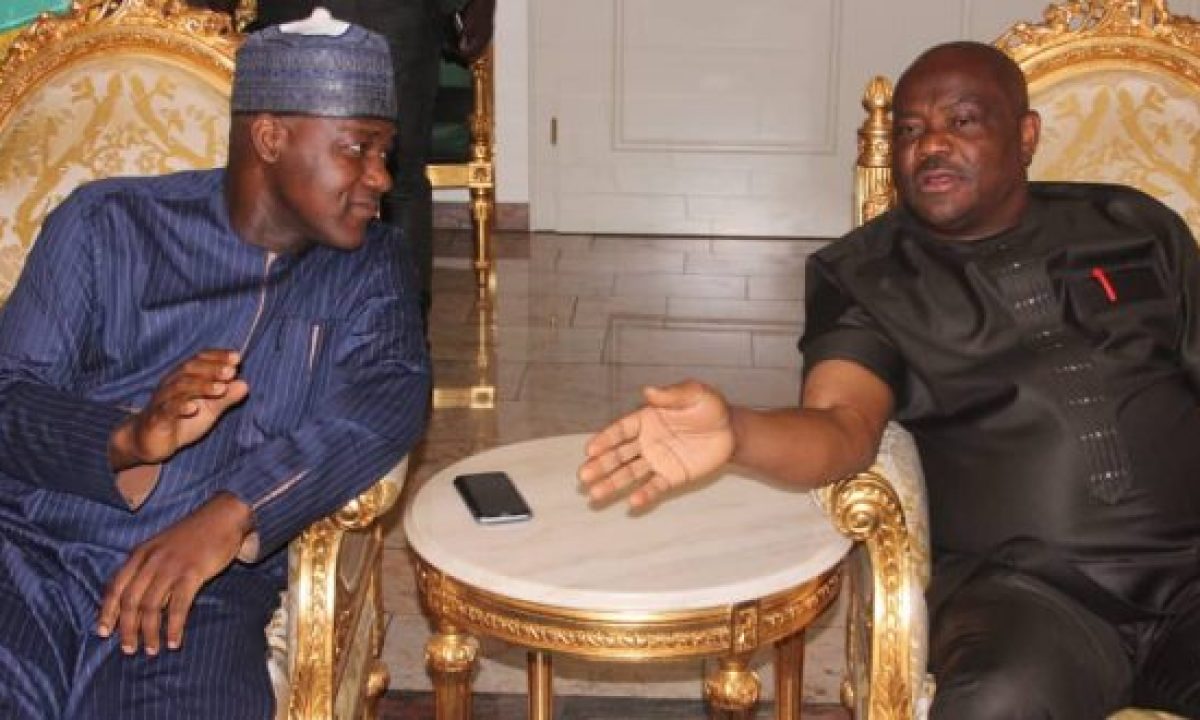 The former Speaker of the House of Representatives, Yakubu Dogara, berated the Rivers State Governor, Nyesom Wike, for being self-centered and shallow-minded.

The ex-speaker was reacting to remarks credited to Wike on his endorsement of the Peoples Democratic Party (PDP) presidential candidate, Atiku Abubakar.

Dogara and religious leaders from the North at the weekend endorsed the former Vice President as their consensus candidate for next year’s election.

He formally joined the PDP on Monday, just 24 hours after his appointment to the party’s presidential campaign council.

Wike had earlier on Monday criticised Dogara for endorsing Abubakar for the presidency.

The governor, who spoke at the flag-off of the Indorama-Agbonchia-Ogale-Ebubu East/West link road, expressed disappointment that the ex-speaker who had claimed that he wanted the presidency to be zoned to the south, had now turned around to support a northerner for the position.

He said: “What I don’t like in life is people that don’t have character. I can’t stand it. At the appropriate time, I would challenge them to a debate.”

However, in a series of tweets on his Twitter handle, Dogara said the Rivers governor was suffering from amnesia.

He slammed Wike for always insisting that only his positions should be respected and followed.

Dogara wrote: “To my brother, Governor Nyesom Wike, if there is anything you are suffering from, I never thought amnesia would be one of them. Why would you think no one, except you, is entitled to a certain set of principles he/she cannot compromise? It’s such a pity if you cannot remember what our discussion and agreement was all about. Why should only your own position be respected and followed?

“I would never betray a friend and a brother that is why I won’t respond to your tirade on live TV. The details of our conversation are sealed up with me but if you feel it’s okay to throw it to the public, kindly give me written consent to divulge it so that the public can judge who is saying the truth. Thank God there was a witness.”