Home » Politics » Dogara laments B’Haram persistence, says govt has left its duties for others to handle 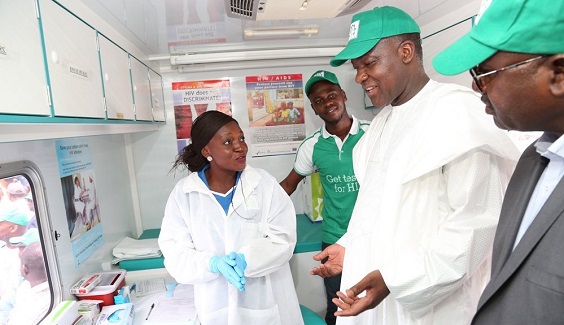 The Speaker of the House of Representatives, Yakubu Dogara, has regretted that the Boko Haram terrorist group is yet to be totally defeated to allow Internally Displaced Persons (IDPs) return to their homes.

This was as he lamented failures of the Federal Government to live up to its responsibilities in terms of provision of social services to the IDPs “brothers and sisters who are direly in need of them.”

A statement by Dogara’s special adviser on media and public affairs, Turaki Hassan, on Saturday quoted his principal as stating this when he paid a visit to Karmajiji IDPs camp in Abuja, where he flagged off medical outreach for over 2000 people in the camp.

The Speaker during the visit expressed worries that the Federal Government has left its role of providing succor to the IDPs to faith-based, and Non-Non-governmental Organisations (NGOs).

The statement read in part, “Dogara flayed government agencies for failing to play their roles in providing succor for the internally displaced persons and leaving them at the mercy of faith-based and non-governmental organisations.

“He noted that though the appropriate thing would be to return them to their communities, they cannot be left on their own because the war on terrorism has not totally been won, which puts their lives at risk in the hands of Boko Haram insurgents.”

Dogara was said to have further said, “It is turning out to be a long stay, I don’t know how we will approach this, whether this act of intervention on the part of the NGOs and faith-based organisations will be enough, or whether government should look for other means by which we can integrate the IDPs as against rushing them back to their communities where they could be displaced again.

“So that is the task that we all must set our minds to accomplish. We need to integrate them if we cannot send them back to their communities in the nearest possible time. That effort must be made by government, not even NGOs, NGOs can support and faith-based organisations can also support, but the government must stand up and be counted.”

Not happy at the awful condition in which IDPs live in the camps, despite being in the FCT, Dogara added that “government have to live up to their responsibilities to provide social services to brothers and sisters who are direly in need of them.”