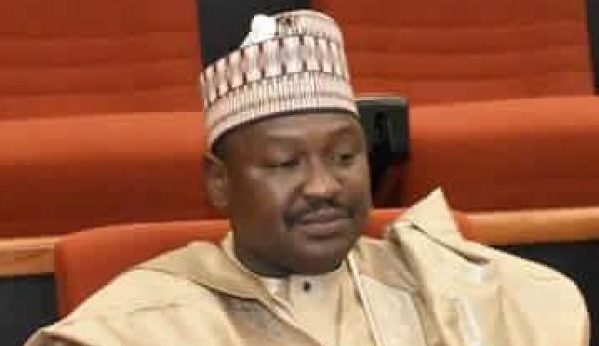 Senator Isa Hamma Misau, a political ally of former Speaker of the House of Representatives, Yakubu Dogara, has rejoined the All Progressives Congress.

He left the APC for the Peoples Democratic Party (PDP) before the 2019 general election.

Misau, who represented Bauchi Central Senatorial District in the 8th Assembly, announced his return to APC during a meeting with the Chairman of the APC Caretaker Committee, Mai Mala Buni, at the Yobe Governor’s Lodge in Abuja on Friday.

However, the PDP has shrugged off the senator’s exit from its fold.

The PDP Chairman in Bauchi State, Hamza Akuyam, told journalists the party was not perturbed by Misau’s defection to APC.

He also described the senator’s defection as “good radiance to bad rubbish”.

Akuyam said: “He (Misau) came alone into the PDP in 2019 when he was denied ticket to contest. He could not win even in his polling unit; if he is going, bye-bye to him.”