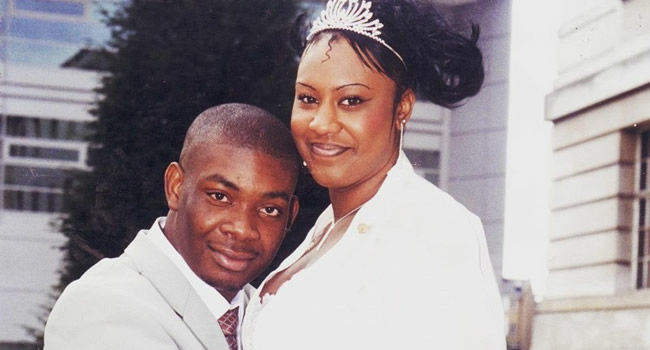 Nigerian entertainment polymath and music mogul, Don Jazzy made a shocking revelation on Saturday, April 3 when be revealed to the world that he was married to a lady known as Michelle Jackson.

According to the Mavins Records CEO, he got married to Michelle Jackson when he was 20 and divorced at the age of 22.

Don Jazzy revealed that his love for music forced his marriage to come to a premature end.

Many Nigerians stormed Michelle Jackson’s Instagram platform as she gained over fifty thousand followers after Don Jazzy broke the news.

Reacting to the news making rounds on social media, Michelle Jackson took to her Instagram page to appreciate everyone for their show of love and support.

She also appreciated Don Jazzy and extended family members for their care, love and loyal friends who had kept their failed marriage a secret.

Thank you so very much for the intensity ❤

You have shown me, along with your beautiful messages; my inbox is flooded right now, and my heart is full I appreciate you.

Thank you also to my wonderful friends and family who have been loyal all these years.”

“Last but not least thank you @donjazzy for your kind expressions and to the rest of my extended family for keeping me under your wing and loving me just the same.

Have a Blessed Sunday”