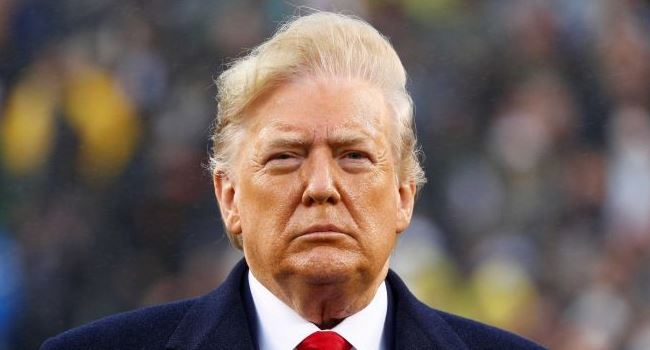 Former President Donald Trump, declared on Tuesday he will mount a third run for the White House.

Addressing a crowd at his Mar-a-Lago estate, he said, “In order to make America great and glorious again, I am tonight announcing my candidacy for president of the United States.”

The announcement comes just a week after a disappointing midterm showing for Republicans and will force the party to decide whether to embrace a candidate whose refusal to accept defeat in 2020 sparked an insurrection and pushed American democracy to the brink.

“I am running because I believe the world has not yet seen the true glory of what this nation can be.

“We will again put America first,” he added.

Another campaign is a remarkable turn for any former president, much less one who made history as the first to be impeached twice and whose term ended with his supporters violently storming the Capitol in a deadly bid to halt the peaceful transition of power on January 6, 2021.

Trump enters the contest at a time his political position is precarious. He wanted to begin his campaign after the GOP’s stunning midterm results, which were fueled by the support of the candidates he helped elevate during this year’s primaries.

Instead, many of those candidates came up short, giving the Senate to the Democrats and giving the GOP only a slim chance of winning the House.

Many members of Trump’s party have attributed the defeats on him, but an increasing number of them believe that the results demonstrate that the GOP needs to move past Trump and focus on the future. Following last week’s elections, Florida Governor Ron DeSantis became the early favorite.