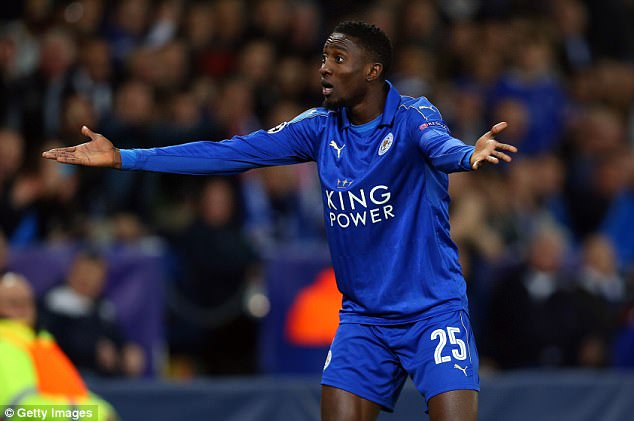 Super Eagles and Leicester City midfielder, Wilfred Ndidi has warned his fans to be wary of the multiple Facebook accounts that are being run in his name.

There are over five Facebook accounts with the name and picture of the football star, and about three functional fan pages dedicated to him.

In fact, one of the fan pages with the name Wilfred Onyinye Ndidi currently has 2,190 likes and 2,220 people following, but Ndidi has clearly stated that he is not behind any of those accounts.

“Hey guys, I’m not on facebook. If you chatting with anyone using my name on facebook it’s not me so you don’t get scammed… Thank you have a blessed new year ?,” he tweeted in the early hours of Tuesday.

Ndidi helped his Leicester side to a 3-0 victory over Huddersfield Town on New Year’s Day – a win that ended their five-match winless run in all competitions.

The club sit on 8th position in the league table on 30 points, and will face Fleetwood in the FA Cup third round this Saturday before visiting Chelsea in the Premier League the following weekend.