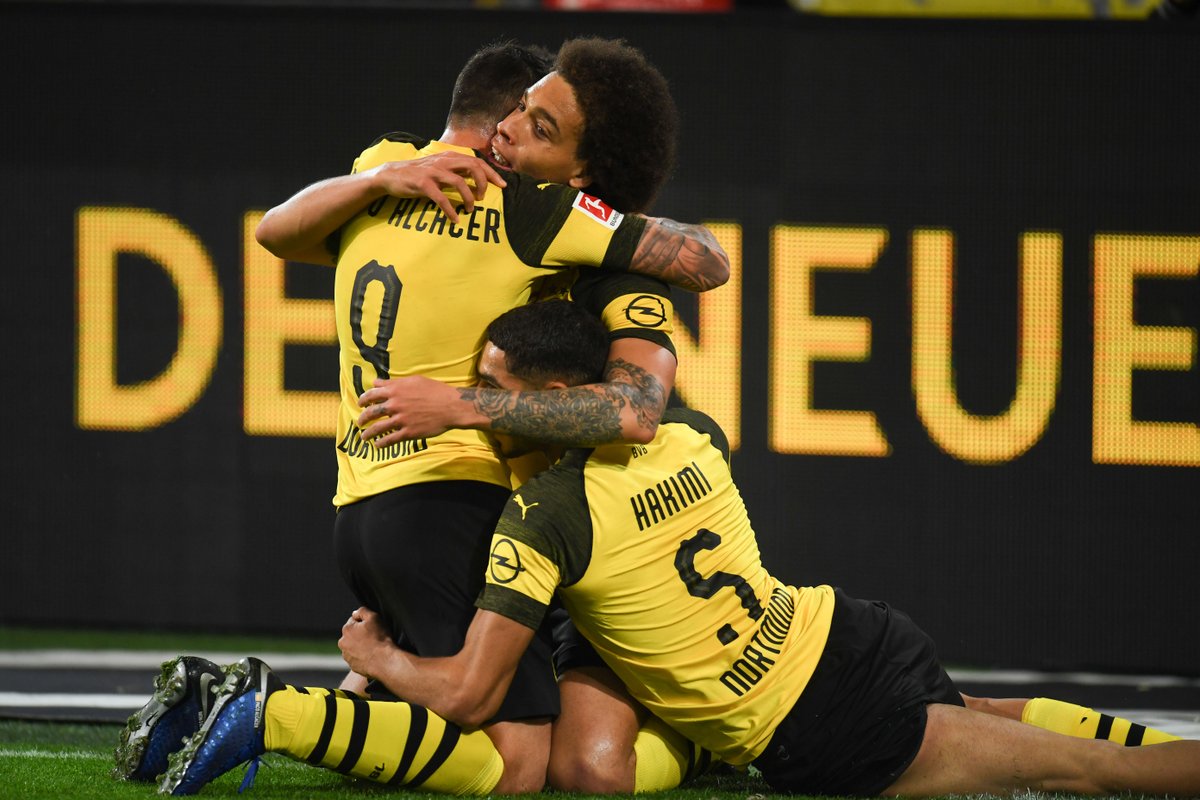 Borussia Dortmund twice came from behind to beat Bayern Munich in a five-goal thriller on Saturday, their first win over the German champions since November 2016.

Bayern first got ahead in the 26th minute when Robert Lewandowski broke the deadlock against his former club by heading home from the edge of the six-yard box.

The hosts levelled from the penalty spot minutes into the second half through Marco Reus after he had been fouled by Bayern keeper Manuel Neuer.

Lewandowski headed Bayern back into the lead on 52 minutes, before two goals in the 67th and 73rd minutes by Reus and Paco Alcacer respectively sealed the win for Dortmund.

Lewandowski thought he had equalised in the 94th minute but his hat-trick celebrations were cut short by an offside flag.

Bayern, champions of Germany for the past six seasons, trail Dortmund by seven points in the Bundesliga table after 11 games following an extraordinary game.

Salah, Shaqiri fire Liverpool past Fulham, back to top of PL