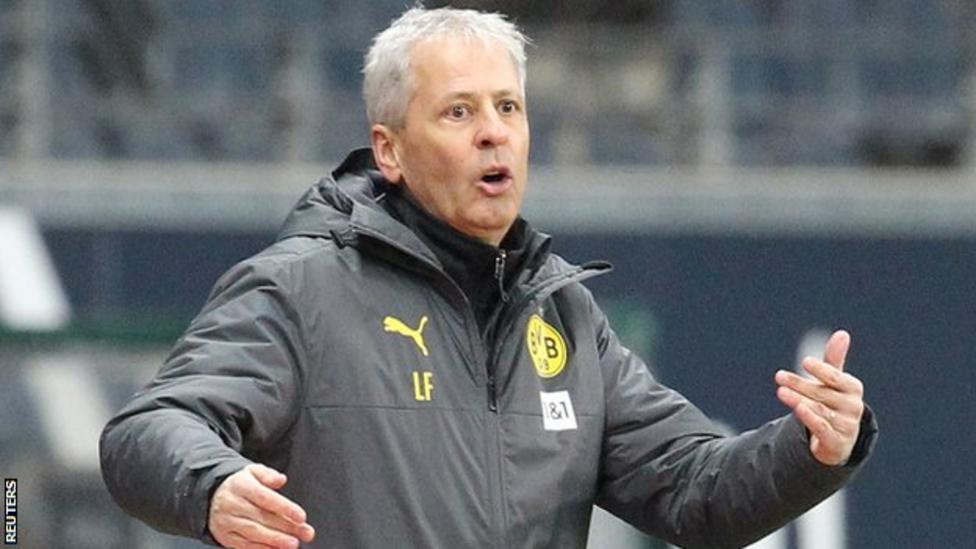 Manager Lucien Favre has been shown the door by Bundesliga club Dortmund after an stunning 5-1 defeat by Stuttgart over the weekend.

Favre, 63, who guided Dortmund to second in the German top flight last season, was sacked on Sunday.

The 5-1 defeat was a third loss for the club in five league games, and it left them fifth in the table and five points behind leaders Bayern Munich.

Dortmund says assistant coach Edin Terzic has been appointed as interim manager until the end of the current campaign.

“That was a catastrophe,” said Favre following the defeat by Stuttgart.

“It was not good. We were just not there. That should not happen.”

Favre took over at Dortmund in 2018, and has led the club into the last 16 of this season’s Champions League after they finished top of their group.

Related Topics:BundesligaDortmundLucien Favre
Up Next

Protest breaks out in Katsina over abduction of students