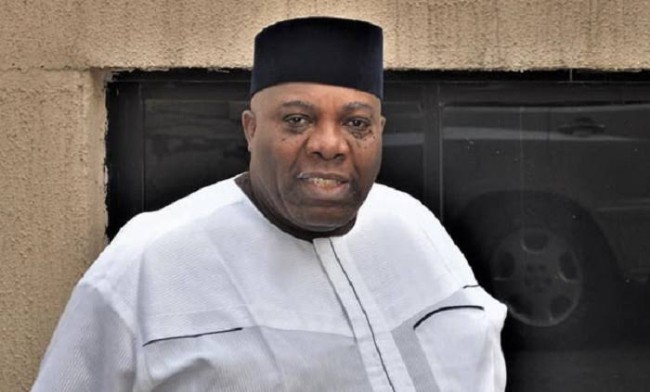 Temporary Vice Presidential candidate of the Labour Party (LP), Doyin Okupe, has boasted that Peter Obi would win the 2023 election with committed Nigerians as his supporters.

Okupe, who commented on the just-concluded gubernatorial election in Ekiti State, said people driven by their belief and commitment make a political structure.

He discarded arguments by some Nigerians that Peter Obi had slim chances in 2023 due to his lack of established political structures.

The vice presidential candidate mocked the People’s Democratic Party (PDP) over its defeat in the Ekiti election despite its established political structure.

“The Ekiti elections have come and gone. It has also been won and lost. But, surprisingly, a single man, Segun Oni, joined a very little known party, SDP, in less than six months, with meagre financial resources, defeated the Almighty PDP; with its established, long existing and widespread political structure, to come second in the elections. If it was a state wide general election, SDP would have won some House of Assembly seats.

“The lesson here is that it’s the people driven by their belief and commitment, that constitutes a reliable and enduring political structure, not name or party or even the money deployed.

“The Labour Party (LP) and the massive Peter Obi movement in Nigeria Today will make mincemeat of the established political structures of both All Progressives Congress (APC) and People’s Democratic Party (PDP) in the fullness of time.”

CJN, Mohammad, responds to allegations of poor welfare by judges