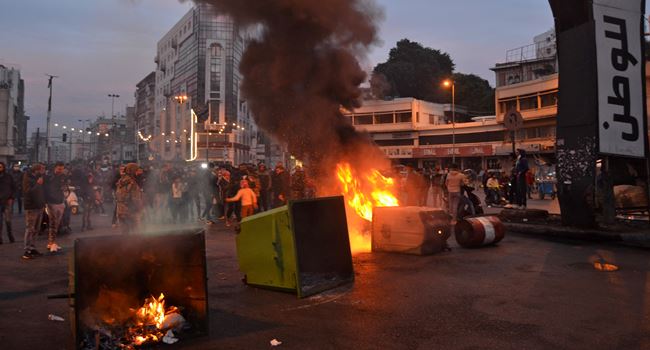 Violent clashes between the police and anti-lockdown protesters in the northern Lebanese city of Tripoli has left dozens injured and hospitalized.

The Lebanese Red Cross in a statement issued on Wednesday said that at least 45 people were injured during clashes between security forces and protesters angered by the COVID-19 lockdown.

At least nine of the injured were treated in hospital following rolling scuffles with the Lebanese army stating that 31 troops were injured in the exchange.

Many of the city’s residents have been left without an income since Lebanon imposed a full lockdown earlier this month in a bid to stem the second wave of the COVID-19 pandemic.

“We’re either going to die of hunger or the coronavirus,” the father of three said.

Soyinka faults Buhari’s govt on anti-corruption war, says it has run out of steam