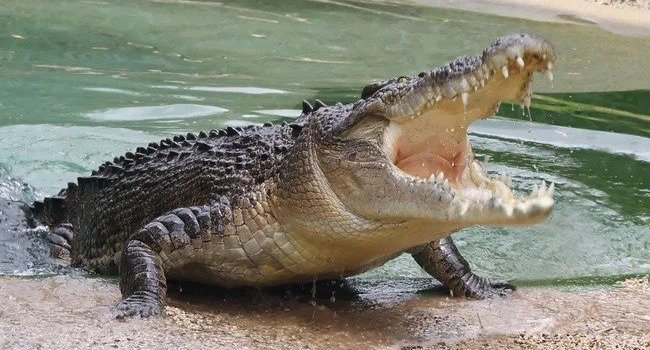 An unknown number of crocodiles have escaped from a breeding farm in South Africa.

The reptiles escaped through a farm’s meshed wire fence near the town of Bonnivale in Western Cape Province on Wednesday.

Although, 27 of the crocodiles have been found, while a yet unknown number of others are still at large, Mr van Rhyn said.

MR van Rhyn said “Obviously, they are very dangerous. These are wild animals even though they’ve been in captivity.

“People must not approach them and stay clear of the river until they all are captured,’’

A search team has been launched to hunt for the crocodiles, the spokesperson said.

Related Topics:crocodilessouth africa
Up Next