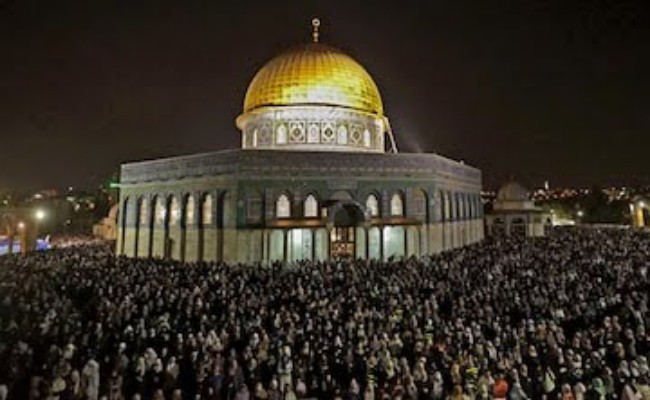 Dozens of worshippers were on Friday injured in fresh clashes between Israeli security forces and Palestinians at the Al-Aqsa Temple Mount in Jerusalem’s Old City, often referred to as the Noble Sanctuary by Muslims.

According to the Palestinian Red Crescent, an equivalent of the Red Cross, the violence on the last Friday of the Muslim fasting month of Ramadan, left about 42 people wounded, and came on the heels of
weeks of violence at the flashpoint site.

None of the injuries were serious, the Red Crescent said, adding that 22 people had been taken to hospital.

In a statement, the Israeli police said forces entered the compound after rioters threw stones and fireworks towards the Western Wall which is the sacred Jewish site below Al-Aqsa.

“For the past hour, the site has been quiet and Muslim worshippers are safely entering the compound,” the police statement said, adding that three people had been arrested, two for throwing stones and one for “inciting the mob”.

Over the past two weeks, nearly 300 Palestinians have been injured in clashes at the Al-Aqsa compound, Islam’s third-holiest site which is the most holy site for Jews, who call it the Temple Mount.

Israel’s incursions into the site during Ramadan have raised global concern, but the Jewish state has insisted it was compelled to act against operatives from the Islamist groups Hamas and Islamic Jihad who were seeking to spark widespread unrest across Jerusalem.