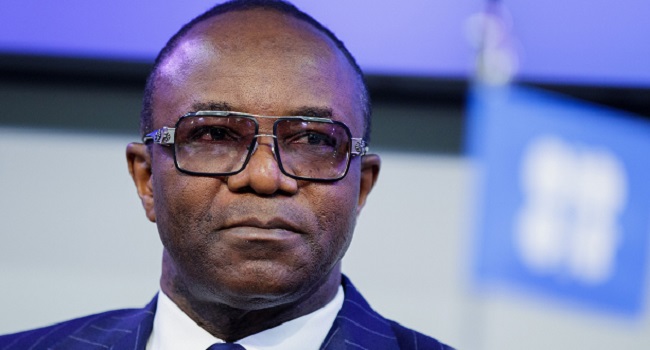 The Department of Petroleum Resources (DPR) has revealed that it generated the sum of N1.3 trillion as revenue UN 2018.

The Director of DPR, Mr Mordecai Ladan, disclosed this in Abuja on Tuesday, adding that an additional $200 million from legacy indebtedness was also collected in 2018.

Ladan stated this at the opening of a workshop on Revenue Generation, Accounting and Reporting Process to the Federation Allocation Accounting Committee, FAAC, in Abuja.

Ladan was represented by Mr. Adewale Johnson at the workshop organised by the Office of the Accountant-General of the Federation, OAGF.

According to the DPR Director, the department had over the years been working assiduously to shore up federal government revenue profile.

“In DPR, to shore up our revenue we embarked on reducing approval time for permit certificates as it now takes 48 hours to get approval for permits.

“All our interventions are to ensure that revenue accruable to the federation account comes in as soon as possible and in 2018, for the first time, we collected N1.3 trillion as revenue for the year.

Speaking while declaring open the workshop, the Minister of Finance, Mrs Zainab Ahmed, called on revenue generating agencies to re-strategise on their operational methods to surpass their previous records and targets.

The minister, who was represented by Mr Mohammed Dikwa, the Executive Secretary, Presidential Initiative on Continuous Audit, said low oil price and low revenue performance by some of the agencies result in low revenue, which in turn necessitate the introduction of series of palliative measures by the Federal Government to support states in payment of salaries.

These measures, according to the minister, included bail-out funds of N10 billion to each of the 35 states that had outstanding salary payments, restructuring of commercial loans and Budget Support Facility which the 35 states also participated in.

She further noted that from the repayment of the Paris Club funds over deductions, N1.38 trillion was paid to the states in three tranches.

Speaking further, Ahmed argued that there was the urgent need on the part of all revenue generating agencies to ensure accountability and transparency in the collection and remittances to the federation account.

According to her, the revised reporting template would provide in transparent manner information on revenue generation.

“The reforms introduced by the OAGF and the various agencies should as much as possible lower the time-lag between collection and remittance into the federation account.

“The reporting template should be explicit enough and user friendly too,’’ she said.