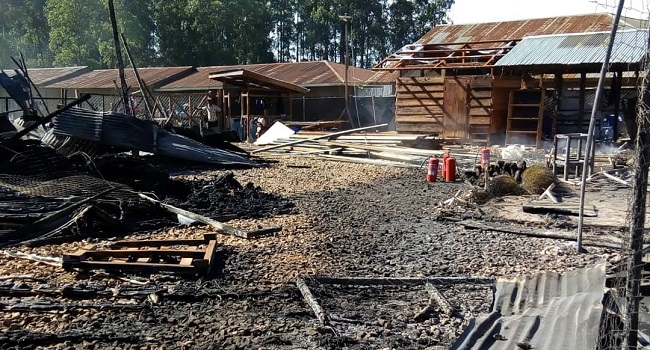 A band of armed assailants who are reportedly embroiled in an extended gun battle with security forces set fire on an Ebola treatment centre in the city of Butembo, DR Congo following an attack.

In a statement, health officials in the country revealed that 38 suspected Ebola patients and 12 confirmed cases were in the centre at the time of the attack.

The statement also noted that four of the patients with confirmed cases fled and are being looked for, with none of the patients who have been accounted for injured, nor were any staff members.

The attack was condemned by the French medical charity Medecins Sans Frontieres (MSF), which runs the centre together with the ministry.

The MSF described the attack as “deplorable attack” and said its efforts were focused on the immediate safety of patients and staff.

The attack in the city of Butembo was the second in Congo’s Ebola-hit east this week. On Sunday unidentified assailants set fire to a treatment centre in the nearby town of Katwa, killing a nurse.