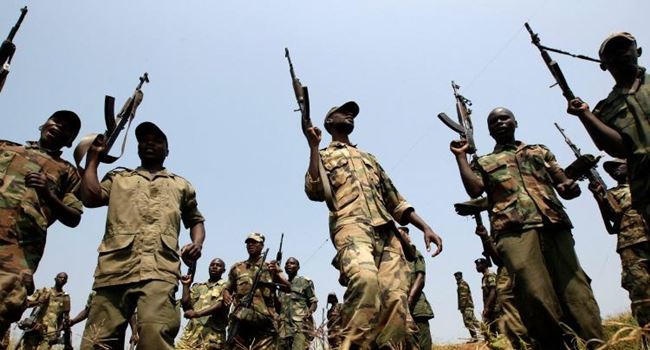 Local officials in the Democratic Republic of Congo have revealed that no fewer than 58 people have been killed in two separate attacks carried out by a suspected rebel group called the Allied Democratic Forces (ADF).

Reports also revealed that 17 people have been declared missing after the attack by the rebels who have killed hundreds of civilians in recent months.

Officials in Ituri province said that the seventeen missing people are thought to have been kidnapped by the group which launched the attack because the ADF rebels are under pressure from the Congolese military in neighbouring North Kivu province.

On Friday, the country’s defence minister and other government officials are due in Ituri to focus on the complex security challenges.

Related Topics:DR CongoMilitant attacks
Up Next