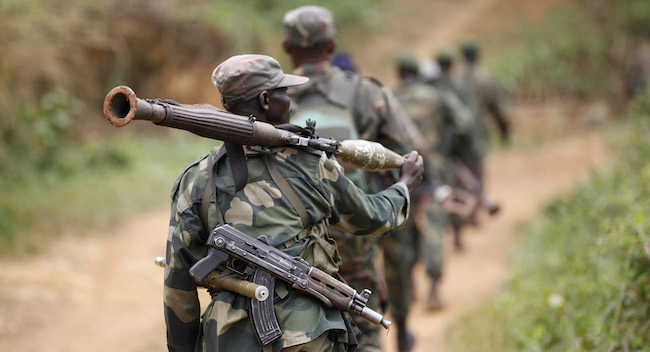 The Democratic Republic of Congo rebels on Tuesday killed 14 people including women and children in an attack at a refugee camp in Ituri Province in the eastern part of the country.

The army spokesman, Jules Ngongo Tsikudi, confirmed the incident in a statement on Wednesday.

Tsikudi said the attack was carried out by rebels of the Cooperative for the Development of the Congo (CODECO), a political-religious sect which claims to represent the interests of the Lendu ethnic group.

He said: “The rebels raided a site outside the eastern town of Fataki where hundreds of civilians have sought refuge in recent months, killing 14 people including children.”

A civil society leader, Dieudonne Lossa, who also confirmed the attack, said the death toll was higher than 15.

He accused the CODECO of staging another attack on a nearby artisanal mining site on Sunday that killed at least 35 people.

CODECO is renowned for targeting civilians, and only last month, killed 18 people at a church and another 60 at a displaced persons camp in February.

60 Zimbabweans killed by elephants in 4 months