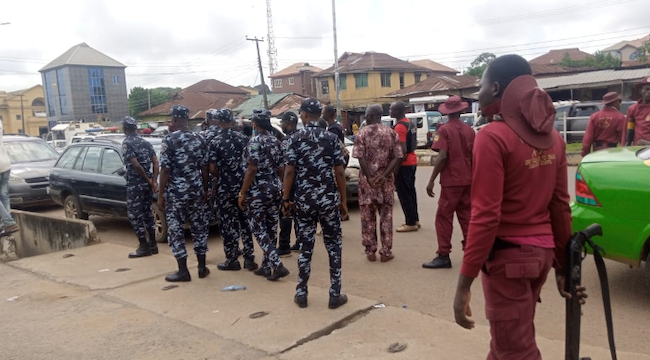 There was drama during Saturday’s state congress of the All Progressives Congress (APC) in Ogun State as hoodlums attacked the palace of Alake of Egbaland, Oba Adedotun Aremu Gbadebo, used as the venue of the exercise by a faction of the party.

The APC faction loyal to the state’s former governor, Ibikunle Amosun, had rented an event centre in the palace for its congress.

Amosun had scheduled the congress for the palace, while the state governor, Dapo Abiodun, picked the MKO Abiodun Stadium, Kuto, Abeokuta, for the exercise.

The two factions are battling for the soul of APC in Ogun State.

It was gathered that before the congress started at the palace, the hoodlums broke into the venue and forced members of the party loyal to the former governor and security operatives on duty to scamper for safety.

The ex-governor’s supporters later threw stones at the hoodlums who quickly fled the scene.

Some youths in the area, who were unhappy that security operatives did not repel the hoodlums, charged towards the men and sent them away.