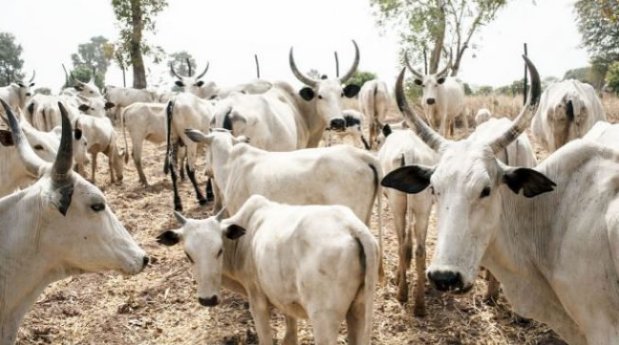 Cows Saturday invaded the runway of Akure airport, thereby preventing an Air Peace flight said to have departed Lagos around 11:20 am, from landing for about ten minutes.

The pilot was reported to have hovered in the air before being cleared to land on the runway by the Akure airport control tower.

The pilot was able to land the aircraft at 12:25 pm after the Aviation Security (AVSEC), a department under the Federal Airports Authority of Nigeria (FAAN), cleared the runway of the cows.

No fewer than 65 passengers were on-board the flight from Lagos.

When the aircraft was set to depart Akure, AVSEC had to escort the aircraft to ensure the cows had not returned to the runway.

Read also: JAMB indicts 9 officials for inability to account for funds realised in sale of forms

FAAN in a statement by Henrietta Yakubu, confirmed the incident and apologized to the airline and the passengers for the incident.

The statement read, “The Air Peace flight, which left Lagos for Akure could not land immediately as some cows had strayed into the runway of the airport.

“However, normalcy was restored quickly, as officers of the aviation security department quickly dispersed the cows from the runway and the aircraft was cleared for landing.”

“The authority will like to assure travellers and the general public that efforts are already ongoing to close the gap that aided this incident.”

This would not be the first time that cows would invade the nation’s airports.

In 2006, an Air France aircraft had collided with cows on the runway, causing damage to the body of the aircraft, killing some of the cows.