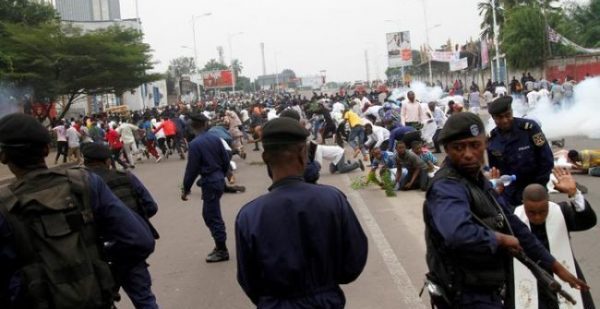 Authorities in the Democratic Republic of Congo DRC have blocked internet access in the country as protests against the removal of President Joseph Kabila persist throughout the country.

The demonstrations which was sparked after the country’s Catholic Church, which appealed for a large but peaceful protests have witnessed the killing of no less than six people.

Police have used tear gas to disperse protesters in Kinshasa, where UN peacekeepers have been deployed.

50 people were injured in Sunday’s clashes and dozens arrested according to a spokesman for the UN mission while a former minister Jean-Baptise Sondji said he witnessed the death of a 16-year-old.

“An armoured car passed in front of the church. They began firing live bullets, I protected myself…a girl who was at the left side door of the church was hit,” he said.

Congolese authorities have banned the marches and no formal permission was given. Police have also warned that they would not tolerate “any attempt to disturb public order.